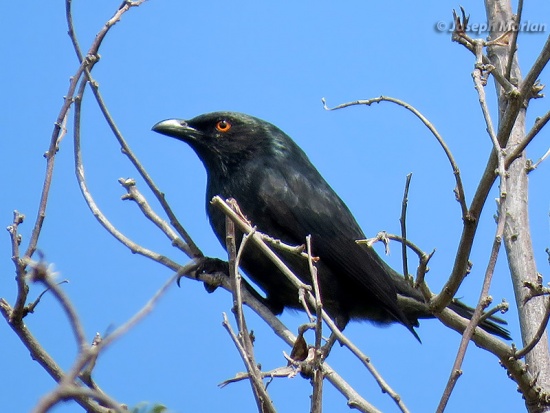 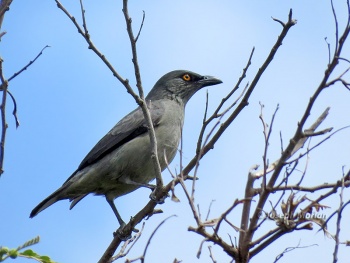 A. s. atronitens, endemic to Ouvéa, Lifou and Maré, has larger bill, male has more green gloss on head and female is darker, sometimes much darker grey with greenish gloss.

Endemic to New Caledonia and the Loyalty Islands. Common and widespread in its small range.

Genus name sometimes given as Aplornis.

This is a polytypic species. Two subspecies recognized[1].

Forested areas including forest edge, clearings, and savanna and gardens; also nearby coconut plantations and second growth; also in villages.

Pairs and flocks of up to 25 birds forage at all levels in the forest. Occasionally on the ground where they break snails against rocks. More often flying fast through the canopy, and perching on exposed tree-tops.

Breeding season from December to January. The nest is a platform made of twigs, placed in a hole in a tree.

Search for photos of Striated Starling in the BirdForum Gallery