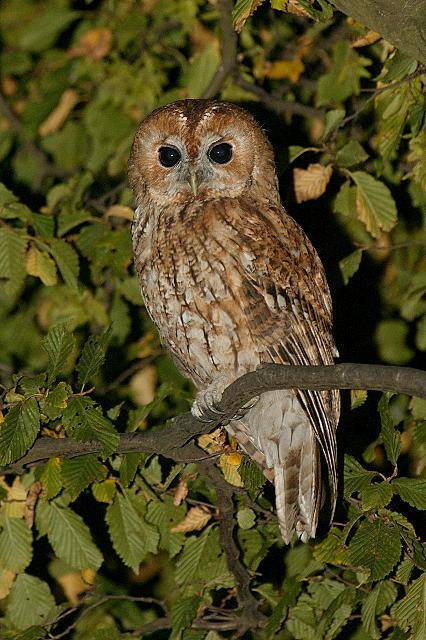 The colour varies throughout its vast range and there are 8 recognized subspecies. 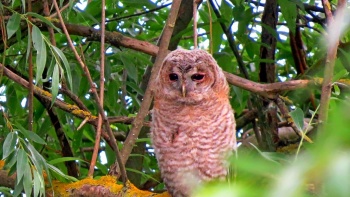 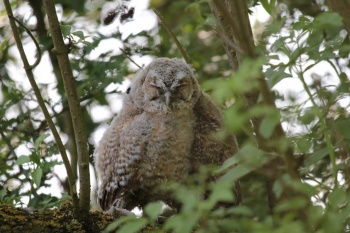 One of the commonest and most widespread owls of the Region.


Breeds throughout Britain (but not Ireland), and from Iberia east across Europe to the Urals. Reaches southern Norway, central Sweden and the southern half of Finland in the north and in the south found as far as the north Mediterranean coast but absent from most islands except Sardinia and Sicily and may occur on some eastern Aegean islands such as Rhodes. Occurs in Turkey except the interior, the Caucasus, at a few sites in the Middle East and in northern Iraq. In North-West Africa found in the coastal strip from south Morocco to north Tunisia.

Mainly resident but juveniles disperse fairly short distances in August-October. In the far north of range may move more extensively in severe weather.

Vagrants have been recorded on the Balearic and Canary Islands.

Himalayan Owl was formerly considered a subspecies of this species.

About 8 races occur in the Region differing slightly in size and in minor plumage characters but there is much individual variation[1].

Mainly deciduous or mixed lowland woodland, but at over 2000m in Turkey. Also farmland with copses and scattered trees, town parks and large gardens

This is primarily a woodland owl, the most nocturnal of the owls occuring in the UK. Fairly numerous. Sedentary. Nocturnal.

Food, mainly voles and insects, taken on ground after watch from perch.

The song is a long quavering hoot followed by a faint monosyllable, a short pause and then an extended soft tremolo which falls in pitch. The female sometimes gives a higher-pitched version of this song, but her usual call is a sharp 'ke-wick' <flashmp3>Strix aluco (song).mp3</flashmp3>
Listen in an external program

Search for photos of Tawny Owl in the BirdForum Gallery

Search for videos of Tawny Owl on BirdForum TV