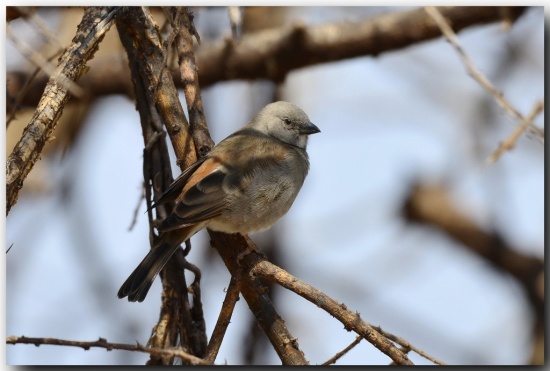 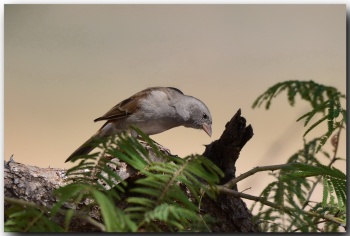 Sexes similar. Juveniles are very similar too but they lack the white wing-bar

Grassland with some trees and light woodland. Occurs up to 2000m.

Breeding season January to May, coinciding with rains. The nest is an untidy dome with a side entrance. It's placed in a hole in a tree or a house. May also use old nests of swallows. No other information.

A resident species with some local movements during rains.

Search for photos of Swahili Sparrow in the gallery