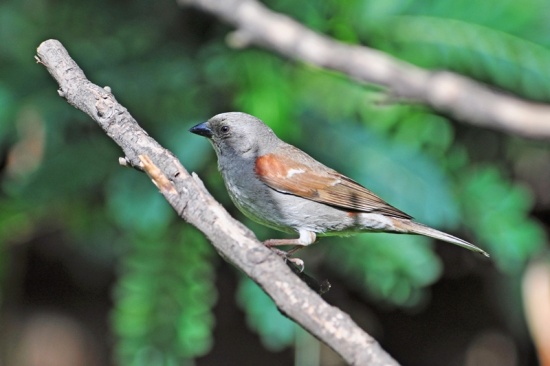 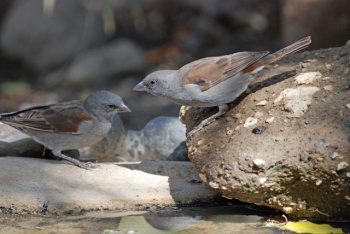 Found in coastal and southeast Sudan, Eritrea, Ethiopia, northern Somalia and northern Kenya.
Common in most of its range, rare in Sudan.

Found in all habitats but dense forest: open country with bushes and scrub, cultivated land, towns and villages. Occurs at 1400 - 4500m in Ethiopia, but also at sea-level in the north of its range.

Feeds on seeds of grasses and cultivated cereals. Nestlings are fed with insects.
Forages in piars or small groups, outside breeding season also seen in larger flocks.
Breeding may take place all year, coinciding with rains. The nest is a dome with a side entrance, made of dry grass. It's placed in a tree, sometimes in a tree hole or a hole in a building. Does also take abandoned nests of other species like swallows. Lays 3 - 6 eggs.
A nomadic species.

Search for photos of Swainson's Sparrow in the gallery