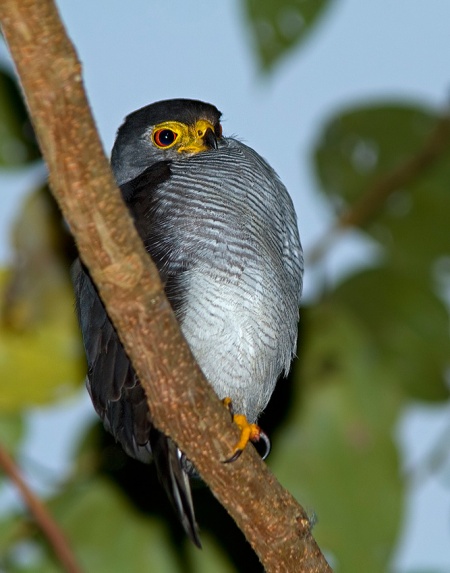 Immature birds come in two colour morphs: the more common brown and the much rarer rufous. Brown morph birds are dark brown above, finely barred with black, and buff below, heavily barred with cinnamon. Rufous morph immatures are more chestnut above, and barred with rufous on the underparts. They also have duskier heads and brighter rufous tails than do brown morph birds. Yellow iris.

From eastern Nicaragua through Central America and South America to western Ecuador, and east of the Andes to northern Bolivia, northern Argentina, Paraguay, southern, eastern, and north-eastern Brazil. 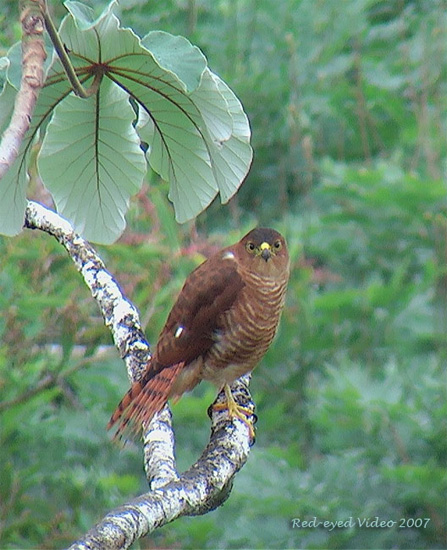 There are two subspecies: A. s. superciliosus is found east of the Andes in South America. Slightly the larger of the two subspecies, it is paler and has diffuse, greyish barring on the underparts. A. s. fontainieri is found from Nicaragua down to western Ecuador. It is somewhat smaller and darker than the nominate A. s. superciliosus, with a shorter tail and sharper, blacker barring below.

They build stick nests in the canopy of tall trees. 1-3 bluish-white eggs, faintly streaked and spotted with brown, are laid.

Search for photos of Tiny Hawk in the gallery