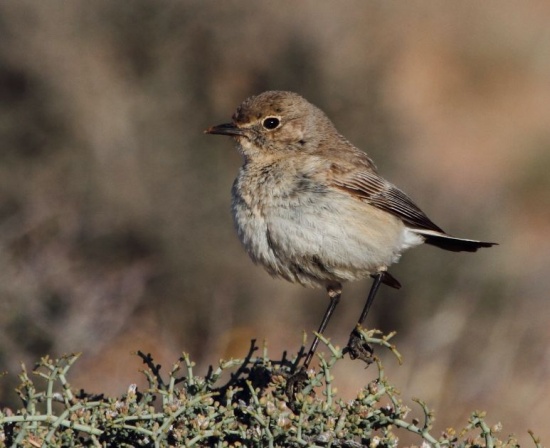 The Namib form found on hummock dunes and at the coast has almost white plumage with grey wings and grey tail marking. The south-eastern form, found in gravel plains has brown upperparts with blackish flight feathers and tail markings. Its underparts are white. The sexes are similar, but the juvenile is more mottled than the adult.

There are five subspecies:[1]

It builds a cup-shaped nest of straw and leaves on the ground, usually under a bush or shrub. 2-3 red eggs are laid. This species is monogamous, mating for life.

Search for photos of Tractrac Chat in the gallery