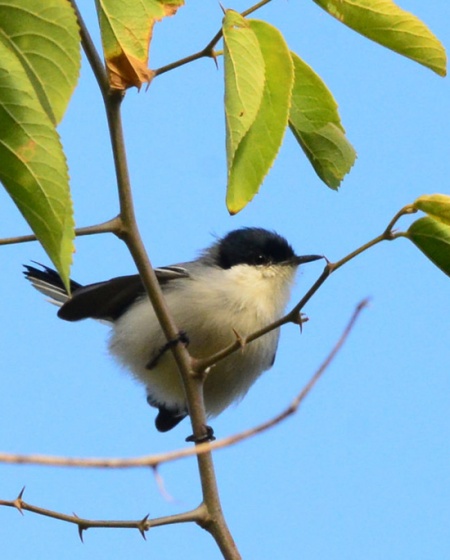 Female: similar to the male, but with a dark grey, rather than black, crown.
Young birds have a brown tinge to the upperparts and face, and whiter underparts. 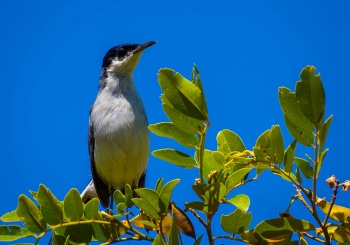 This species currently has about seven subspecies[1].

Lowlands and foothills from sea level to about 1500 m. They occupy a wide of habitats from canopy of forests, forest edges, overgrown pastures and plantations etc.

Their main diet consists of small arthropods and spiders.

The nest is a small cup made from vegetable fibres. The clutch consists of 2-3 white eggs with brown spots.

Search for photos of Tropical Gnatcatcher in the gallery