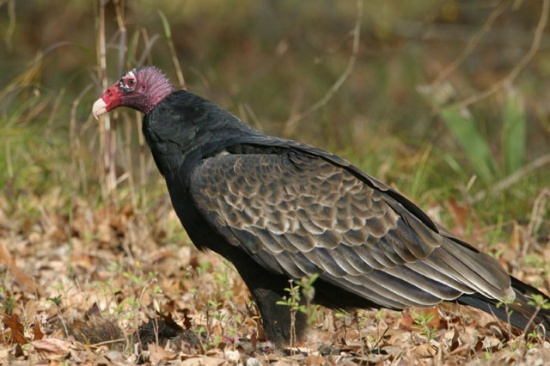 May be confused with Black Vulture. Separating features: 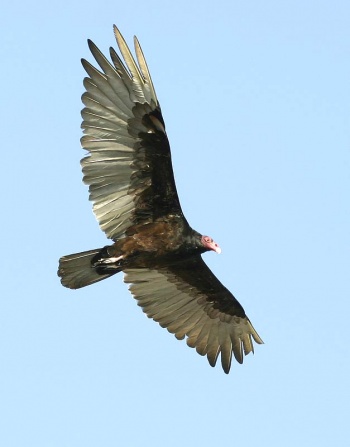 Breeds in the south of Canada from southern British Columbia to southern Ontario, almost throughout the United States except the far northeast, in Mexico, Central America, part of the Bahamas and the Greater Antilles east to Puerto Rico, and in South America from Colombia and Venezuela south to Tierra del Fuego and the Falkland Islands but rare or absent from much of eastern Argentina. Scarce in the far north but increasing and expanding range. A summer visitor to much of North American range but resident further south.

Northern birds winter in the southern United States from central California to Florida and southwards. Southernmost birds include some migratory populations. 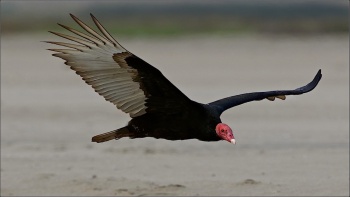 Some sources mention at least two more subspecies[2]. There is also a suspicion that this species should be studied further because more than one species might be involved.

A wide range of habitats from deserts, plains and mountains to forest and jungle. Cruises over all terrestrial and shoreline habitat

Often scavenges at refuse-tips and along roadsides and shorelines.

Nest usually among boulders or cliffs, but also in hollow logs on forest floor.

Hisses and grunts given at the nest

North American races almost wholly migratory, moving to southern USA and funneling through Middle America to South America where they mingle with resident populations during the winter.

Search for photos of Turkey Vulture in the BirdForum Gallery

Search for videos of Turkey Vulture on BirdForum TV