Photo © by HelenB
Little Beach, a 2.5 km drive to the east of the Two Peoples Bay Visitor Centre, November 2009 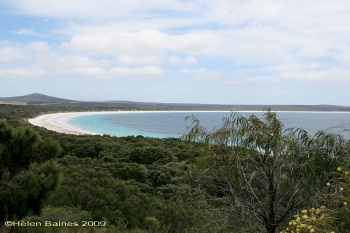 The Two Peoples Bay Nature Reserve, 4,744 hectares in size, is about 35 kilometres east of Albany, on the south coast of Western Australia. The area consists mainly of heathland and lies between the granite massifs of Mount Gardner and Mount Manypeaks.

The area became famous in 1961, when the Noisy Scrub-bird, thought to be extinct, was rediscovered there. The Nature Reserve was established in 1967 to protect the habitat of this rare bird. About 70 species have been recorded there. 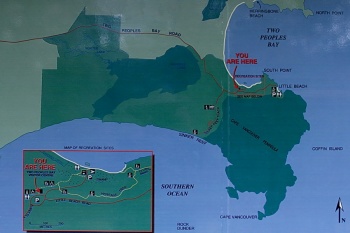 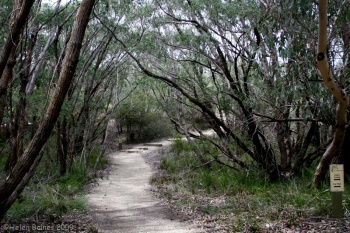 The Gilbert's Potoroo (Potorous gilbertii), a rat kangaroo, was thought to be extinct, until a population of 40 was discovered at Two Peoples Bay in 1994. Quendas (bandicoots), nocturnal western ringtail possums can also be fond here.

Two Peoples Bay was named in 1803, when 2 ships arrived at the same time from different countries: a French exploration ship and an American whaler. Prior to this, the bay was a gathering place for the local Indigenous Noongar people, known as the Minang, who hunted and fished along streams that flowed into the bay. The area was made into a nature reserve in 1967, in order to protect the habitat of the Noisy Scrub-bird, which was rediscovered by John Gilbert in 1961, having been thought to be extinct. 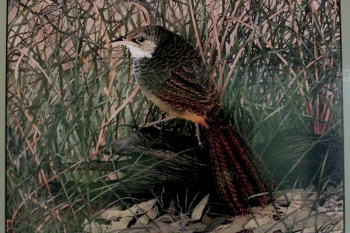 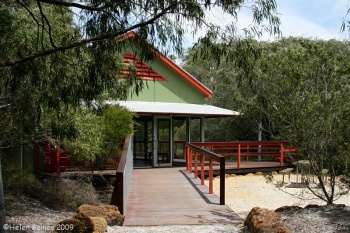 Search for photos of Two Peoples Bay in the gallery