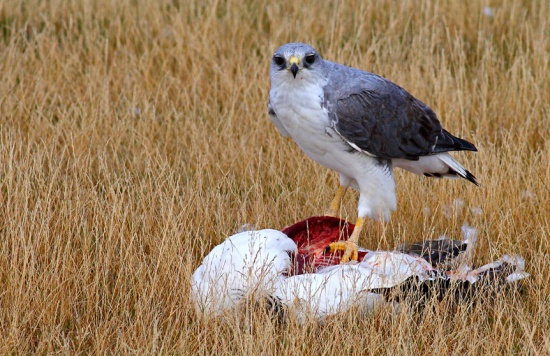 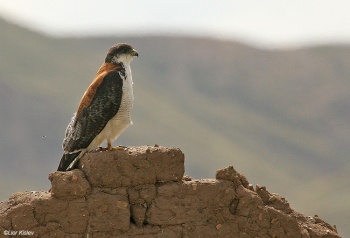 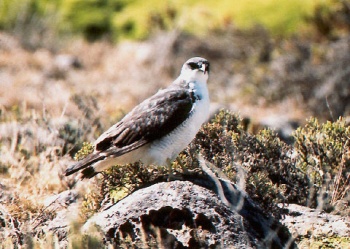 The wings fall short of the tip of the tail on the sitting bird in the "Red-backed" form while the "Puna" form (formerly a separate species) has wingtips that reach the tip of the tail; this seems to be the best separator of the two subspecies. 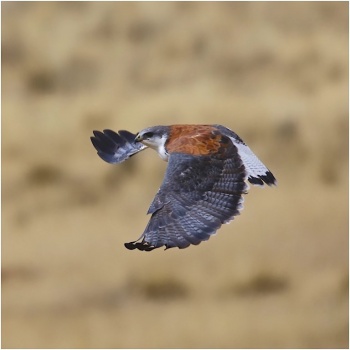 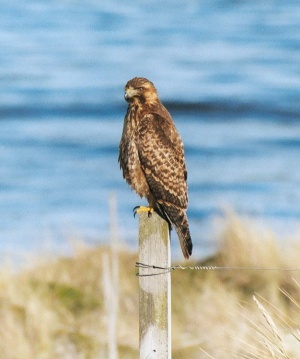 Two[1] to four subspecies are accepted by different authorities[2]:

There is an active debate as to whether Red-backed Hawk, Juan Fernadez Hawk, and Puna Hawk are three species or one. Opus follows a consensus according to which it is one, Variable Hawk.

Open areas to open forest, but most likely in areas with scrub and some trees in steep terrain. Observed at heights up to around 3000 meters in the north of its range, lower down further south. Where overlapping with Puna Hawk, the form Red-backed Hawk is normally seen at lower elevation.

Eats primarily mammals but with a significant amount of insects and some birds. Pairs sometimes hunt co-operatively, taking birds in flight as large as Upland Goose (3 kg, 50% more than the combined weight of the hunting pair).

It nests in treetops. The nest is large and made of dry sticks. The clutch generally consists of 2 white eggs with light reddish spots.

Search for photos of Variable Hawk in the gallery

Search for photos of Variable Hawk in the gallery