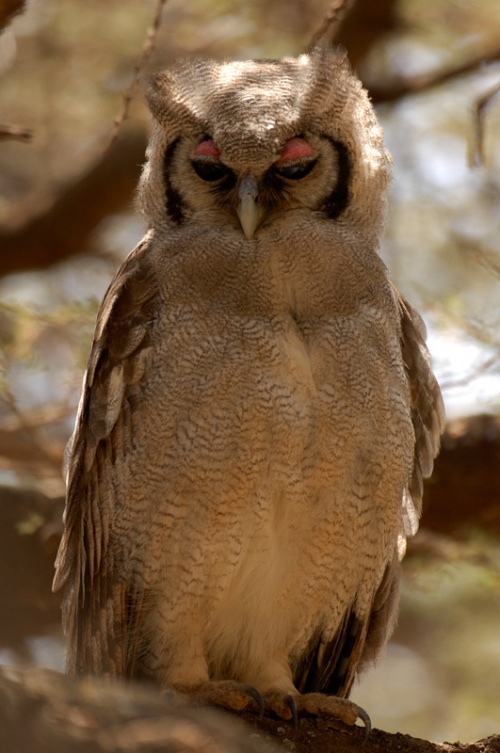 Savanna and woodland; often in large trees near streams and rivers.

The diet includes hares, mongoose and small game animals, Great White Egret, Grey Heron and Secretary Bird. They are one of the very few birds to feed on hedgehogs.

Breeding takes place from March to September. Two eggs are laid and incubated by the female for 38 days. She remains on the nest for the entire incubation period while the male hunts for food for both of them. The chicks fledge at nine weeks but may remain with the parents for up to three months.

Search for photos of Verreaux's Eagle-Owl in the gallery