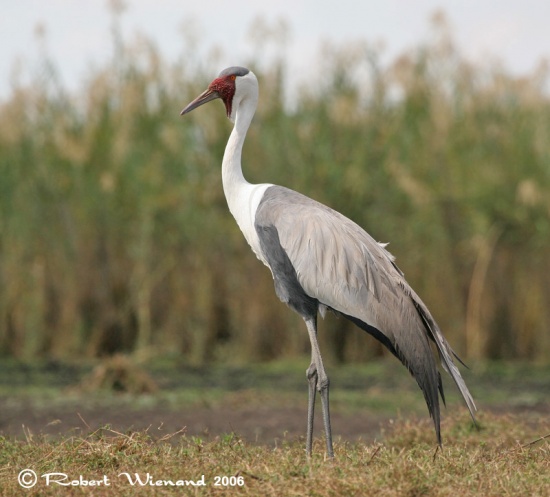 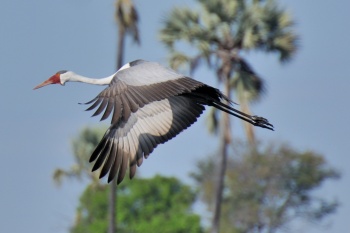 Seems to be rather scarce in most of the area.

Sibley & Monroe (1996) place the Wattled Crane (carunculatus) in the genus Grus. However, Howard & Moore (2003) and Clements (2007) separate it in the monotypic genus Bugeranus, and the Opus follows in this consensus.

They breed according to the rains and may build more than one nest - up to four. They will use one nest one year and another the next. The clutch has only 1 egg.

Description including photos of courtship is found in a Birdforum thread[3].

Search for photos of Wattled Crane in the gallery