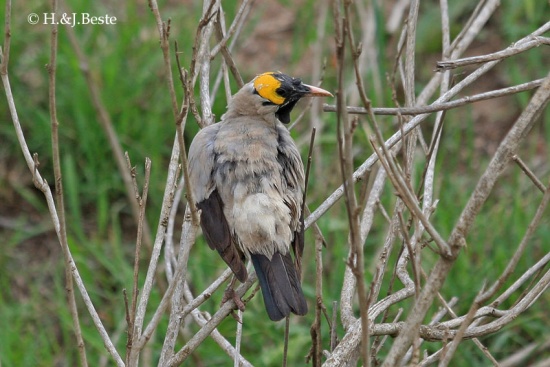 Females and juveniles are similar to non-breeding males but the flight feathers and the tail are brown. 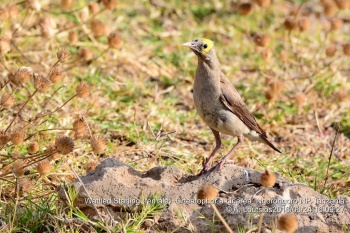 Grassland, open woodland and cultivation. Generally below 2000m but recorded up to 3000m in East Africa. 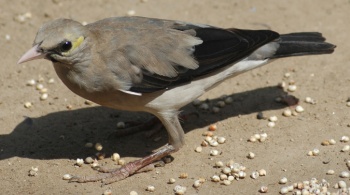 Breeds opportunistic, related to abundant food resources. Breeds colonial, hundreds or thousands of nests together, sometimes sharing colonies with the Cape Weaver. Both sexes make a globe shaped nest from twigs and lined with grass or feathers, which is placed in trees or bushes. 3-4 pale blue with brown spots, eggs are laid, and then the dome of the nest is finished. Both parents incubate for 11 days and feed the young which fledge after a further 13-16 days.

Search for photos of Wattled Starling in the BirdForum Gallery