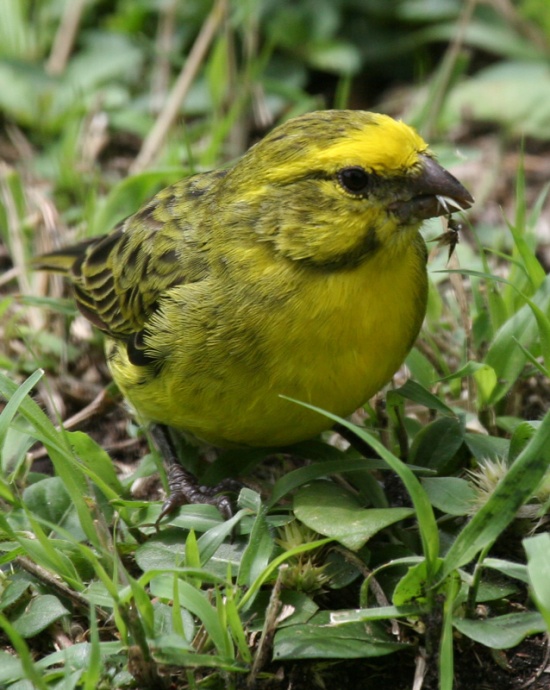 The Yellow-crowned Canary is similar, but has a less-marked head and black-and-yellow (rather than greenish) wings. The Brimstone Canary has a larger bill and yellow belly.

Placed in genus Serinus by Clements.

It feeds on the ground but also eats buds and flowers in the tops of trees.

The nest is lined with feathers and soft fine grasses. The clutch of 2-4 eggs are incubated for about 14 days. The young fledge about 21 days later.

Search for photos of White-bellied Canary in the gallery