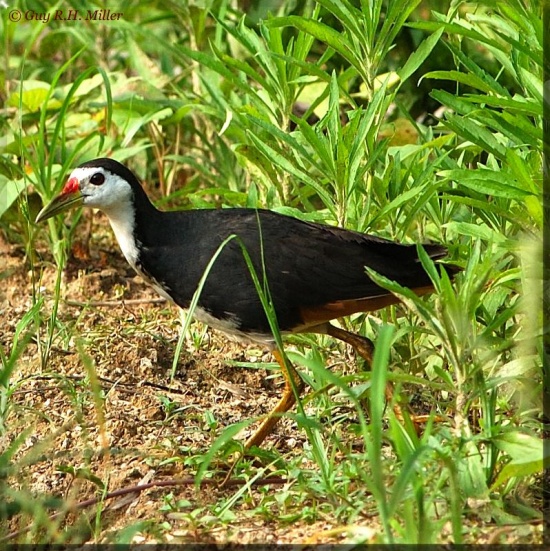 28–33 cm (11-13 in)
Dark grey upperparts and flanks, white face, neck and breast, cinnamon belly and undertail. The body is flattened laterally to allow easier passage through the reeds or undergrowth. They have long toes, a short tail and a yellow bill and legs. Sexes are similar, but immature birds are much duller versions of the adults. The downy chicks are black.[3] 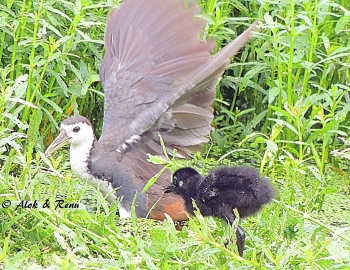 Southern Asia, the Philippines, the Malay Archipelago and many smaller islands including the Maldives1, Nicobar Islands, Sulawesi, Moluccas, and the Lesser Sunda Islands.

They nest in a dry location on the ground in marsh vegetation, laying 6-7 eggs.[3]

They probe in mud or shallow water; or they forage on the ground or in low bushes and small trees. The diet includes insects, small fish and seeds. [3]

Call recorded at the beginning of spring, many individuals were calling.

Search for photos of White-breasted Waterhen in the BirdForum Gallery

Search for videos of White-breasted Waterhen on BirdForum TV