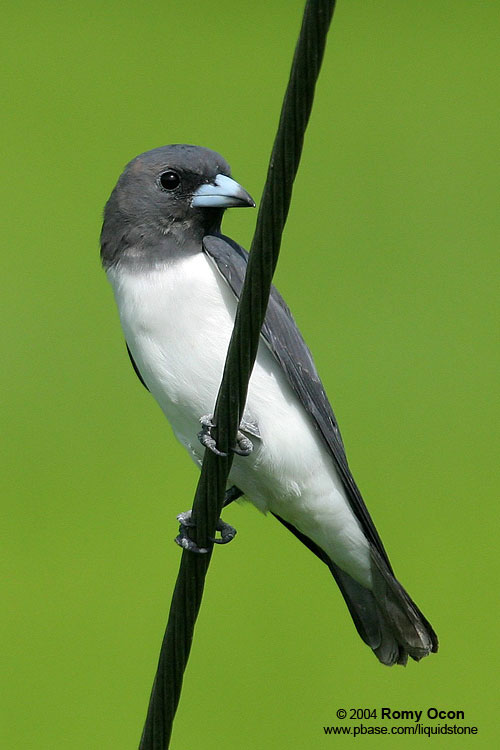 Sexes similar. Juveniles are more dark brownish with pale feather tips above and sometimes washed light buff underparts.
The subspecies differ mainly in the darkness of the upperparts.

Great Woodswallow of New Guinea is bigger, darker and has a diagnostic white patch on the inner leading of the wing. 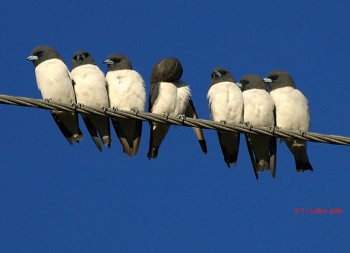 From the Andaman Islands east through peninsular Malaysia, Sumatra, Borneo, Java, the Philippines and New Guinea to northern and eastern Australia and to New Caledonia.
Widespread and locally common. 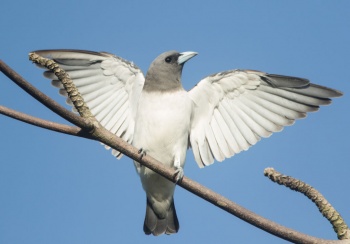 Common, from open country to clearings at forest edge up to 500m, sometimes up to 1500m. Often seen near habitation, also attends herds of water buffalo or cattle. 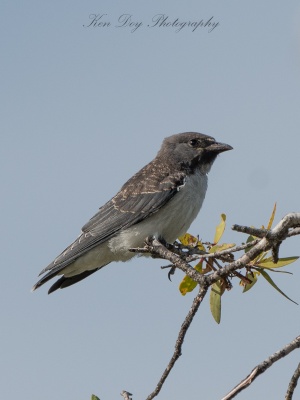 Feeds on insects which are caught on the wing.
Often seen perched before hunting. Forages singly or in small groups.

Co-operative breeding recorded. the nest is a cup made of sticks and grass. It's placed in a tree fork, a hollow branch or in an artifical structure (eg fence post). Lays 3 - 4 eggs.

A mainly resident species. In parts of its range nomadic and some north-south migratory movements recorded in Australia.

Search for photos of White-breasted Woodswallow in the gallery