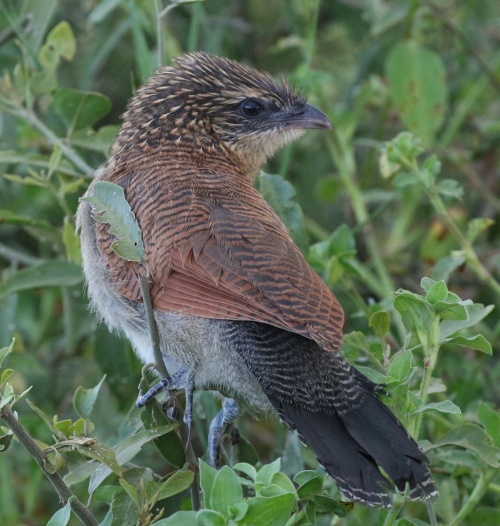 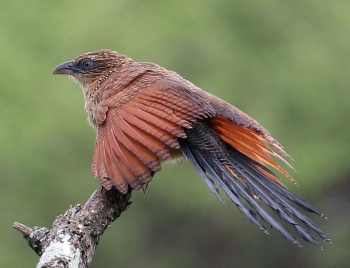 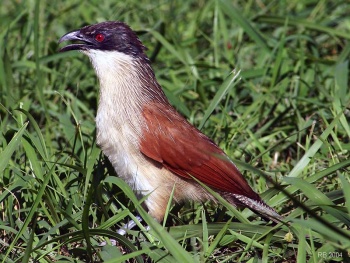 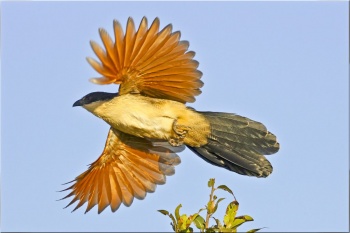 It can be difficult to see due to its habit of skulking in shrubbery, undergrowth and dense waterside vegetation.

As with other Coucals, the White-browed Coucal is non-parasitic. The males construct a nest, they then incubate the eggs and provide most of the feeding and care for the young. 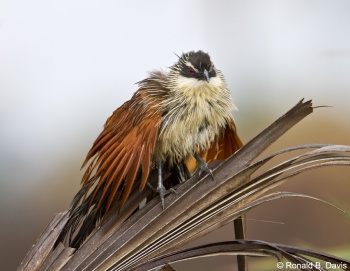 It has a wide diet consisting mostly of insects, but it will also take young birds and eggs. While it will feed on the ground it is easily disturbed, returning to cover in a clumsy, awkward fashion. These birds are not elegant fliers!

They have a very distinctive song which consists of a series of "gurgling" notes which resemble the sound of water being poured from a bottle and gives them their local Kenyan name of "The Water Bottle Bird".

Search for photos of White-browed Coucal in the gallery

Search for photos of White-browed Coucal in the gallery