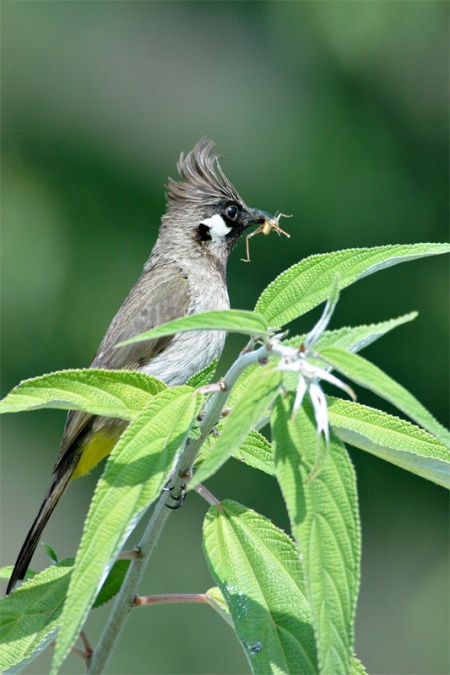 19–20 cm (7½-8 in)
This species is distinguished by its black head, white cheeks and yellow patch under tail.

It is a widespread resident in Himalayas, but also found west to Iraq and the Arabian Peninsula.

The former subspecies humii is now believed to be a hybrid population between White-eared Bulbul and Himalayan Bulbul.

The species has recently been split from White-eared Bulbul (Pycnonotus leucotis); the pre-split species used to be called White-cheeked Bulbul. 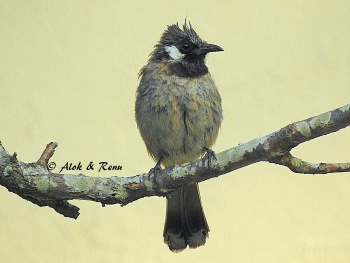 Their diet consists of berries, mistletoe, seeds and buds.

Notice that the following Gallery search may find both this species and the White-eared Bulbul, because the scientific name stayed the same as the pre-split name.

Search for photos of Himalayan Bulbul in the BirdForum Gallery

Search for videos of Himalayan Bulbul on BirdForum TV