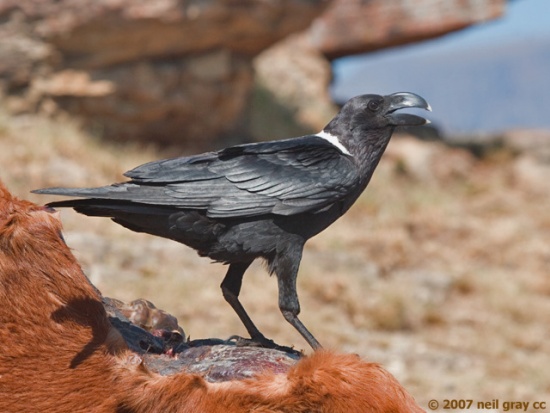 Sexes similar. Juveniles with all black bill and duller than adult. 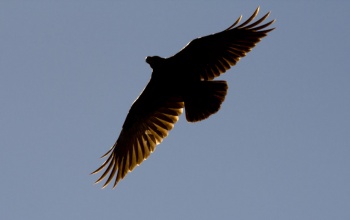 Locally common and in some parts of distribution regarded as pest because of it's sheep-killing habits.

Forms a species pair with Thick-billed Raven and with the latter sometimes placed in genus Corvultur.

Small towns and villages with nearby mountains or hills for roosting.
Mostly recorded between 1000 and 3000m, locally higher.

They spend much of the day thermalling high, often with vultures. Usually foraging alone or in pairs.

Nests are mainly on a cliff ledge but will occasionally nest in a tree. The clutch consists of 3-5 egg. A monogamous species, with long-term pair-bond.

A sedentary species but large flocks of non-breeders wander around in non-breeding season.

Search for photos of White-necked Raven in the gallery

Search for videos of White-necked Raven on BirdForum TV