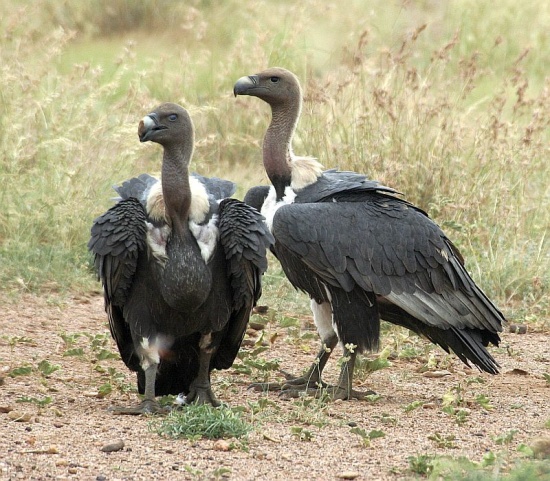 
Southern Asia: formerly widespread and common from northern and eastern Pakistan, throughout India, Burma and south-west China east to Vietnam and south to the central Malay Peninsula.

In dramatic decline in recent years through an epidemic caused by livestock drugs affecting Gyps vultures in Asia. Numbers have dropped to less than 10% of former population.

Sightings on Pokhara Valley of Nepal: White-rumped vulture has been sighted along the Seti river on the Bombax ceiba trees on the cultivated lands on the riverside. Future surveys will identify in what number they occur. Now it is only confirmed that this species is found in Pokhara valley of Nepal. 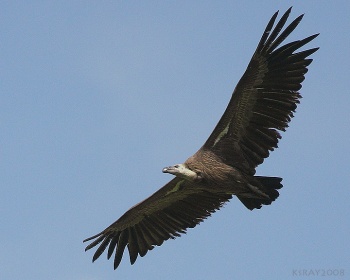 Searches for carrion over farmland and grassland, often occurs close to towns and villages.

Search for photos of White-rumped Vulture in the gallery

Search for videos of White-rumped Vulture on BirdForum TV