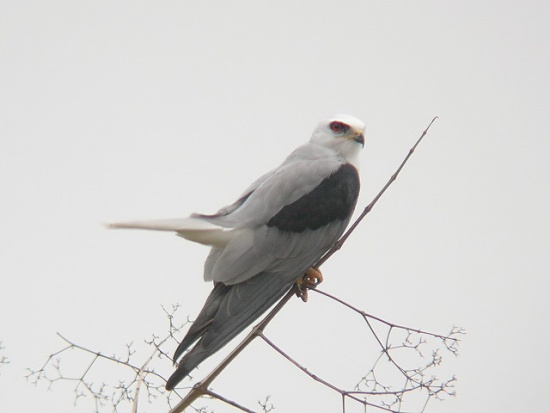 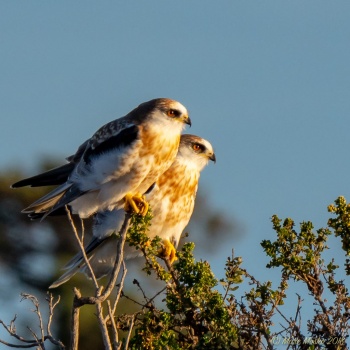 A recent colonist elsewhere in Central America with first breeding in Panama taking place in the 1970s.

Patchy range in South America with breeding in from northern Venezuela and Trinidad to the Guianas, and in southern Brazil, Paraguay, Uruguay, and northern Argentina and central Chile. 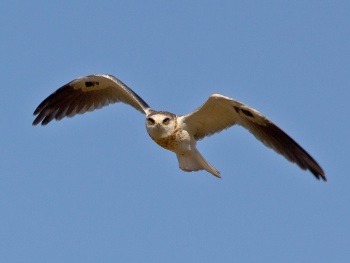 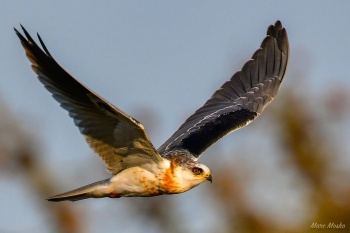 Open woodland and grasslands with scattered trees, often near rivers and lakes.

Outside the breeding season they roost communally in groups of up to 100.

The diet consists mostly of rodents such as mice and voles, with the addition of other small mammals; they will also occasionally hunt birds, reptiles, and amphibians. 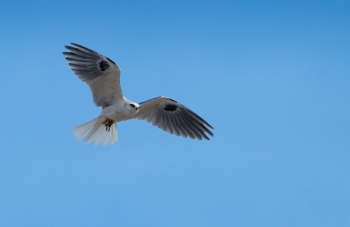 They construct a platform from sticks and place it in the fork of a tree or bush. The clutch consists of 3-5 eggs which are incubated for 30 - 32 days. The young fledge at 5 - 6 weeks.

Search for photos of White-tailed Kite in the gallery

Search for videos of White-tailed Kite on BirdForum TV