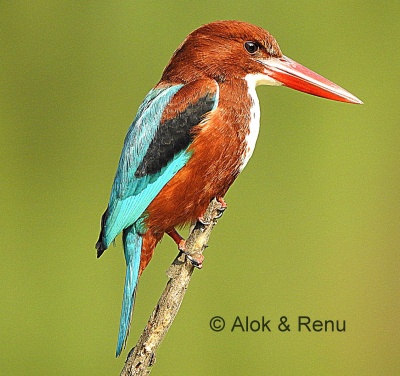 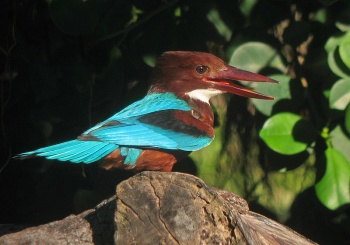 Sexes are similar; juveniles are a duller version of the adult.

Large white patches are visible on the open wings. 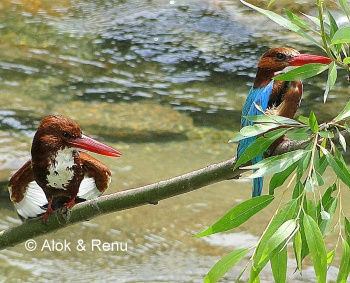 Egypt and Turkey east through Middle East and South Asia to the Philippines. 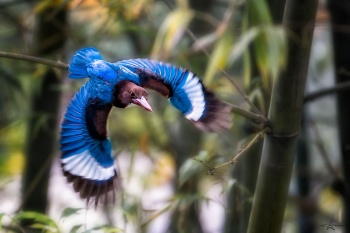 Five[1] or six[2] subspecies are recognized:

They make use of a mixture of habitats such as ponds, canals, swamps and mudflats, usually with some trees. The are not always found near water. 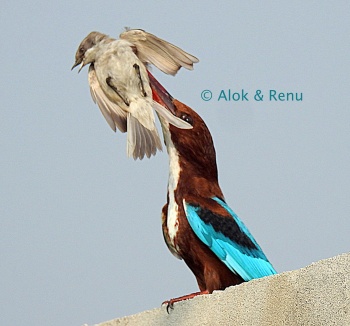 Their varied diet consists of large insects such as crickets and grasshoppers, rodents, snakes, fish and frogs and small birds.

As with most kingfisher species, the nest chamber is in an earthy bank. The clutch consists of 4-7 round white eggs.

Search for photos of White-throated Kingfisher in the BirdForum Gallery

Search for videos of White-throated Kingfisher on BirdForum TV