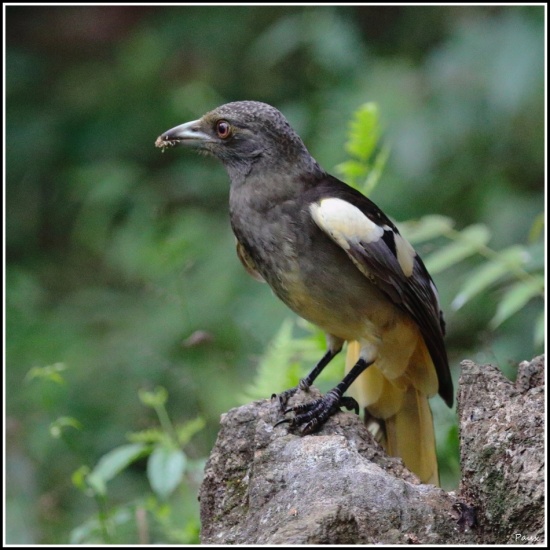 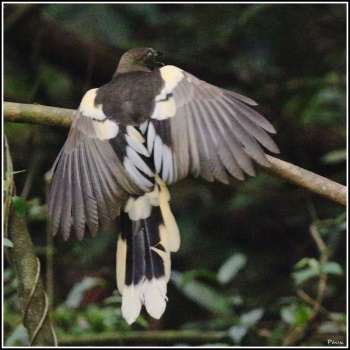 Found in South China (including Hainan) to Laos and northern Vietnam.
On the mainland still quite common but rare on Hainan.

Tropical broadleaf evergreen forest. Also in secondary forest and edges of cultivation. Occurs from 50m up to 1400m.

Diet little known. Feeds apparently on invertebrates and berries.
A very sociable species. Moves through the forest in large groups of 20 or more birds.

Breeding little known. One described nest was a concave platform which contained 6 eggs.

Search for photos of White-winged Magpie in the gallery