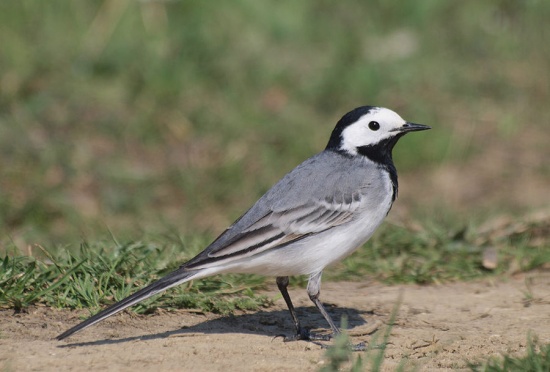 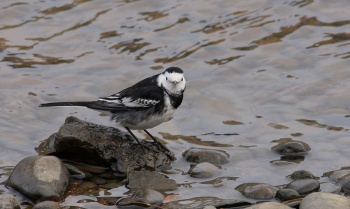 Length 16.5–18 cm (6-7 in), weight 17-25 g
Nominate subspecies in spring plumage is grey above with two white wingbars and white edgings to several feather tracts and white below (including relatively clean flanks), it has a white face, black cap and black throat; male has sharp demarkation of cap versus mantle, female diffuse.

In winter, the black in the throat area is reduced to a relatively narrow band, and the contrast on the upperside is reduced to the extent that the female may completely lack the black cap.

Juvenile plumage can be extremely weakly marked, but soon becomes first winter, which is similar to a less contrasting winter female; however, the head especially can look yellowish.

A thread discussing the separation of White and Pied Wagtails.

Variation among subspecies is large; for descriptive notes on other subspecies see the taxonomy section. 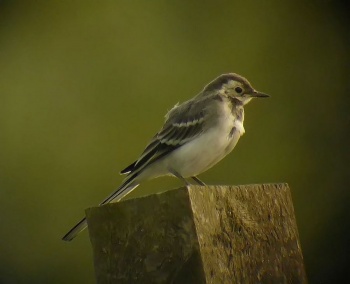 Widespread and abundant from Iceland, northern Norway and Novaya Zemlya south to the north Mediterranean coast and northwest Africa, and east across northern and central Asia in Siberia, Japan, Korea, China and the Himalaya; also just into North America in western Alaska. In the Mediterranean breeds on Sicily and Crete, irregularly on Sardinia and Cyprus.

A summer visitor to the north and east of its range, resident elsewhere. Widespread throughout southern Europe and around the Mediterranean in winter with some migrants wintering in tropical Africa and Asia.

Vagrants recorded north to Bear Island, Jan Mayen and Svalbard and south to the Azores, Madeira and Cape Verde Islands, and in North America mostly on the west coast south to Baja California, but also in Michigan, Louisiana, Florida, and North and South Carolina.

Ten subspecies are accepted Clements[1], and nine by IOC[2]: 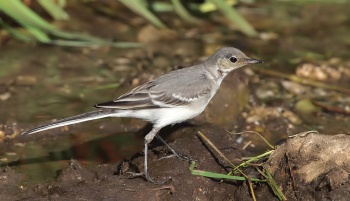 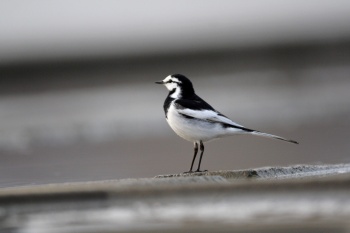 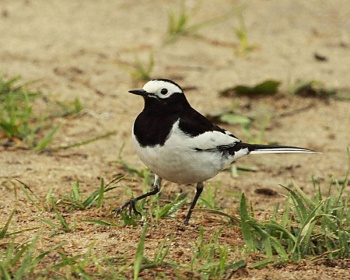 Open areas with some vegetation from Arctic regions and high mountains to semi-deserts and sea-coasts. Usually beside freshwater including ditches, streams, rivers and from pools up to the largest lakes and reservoirs. Also occurs away from water on farmland, frequently in farmyards and in town parks and gardens. Often forms large roosts in winter. 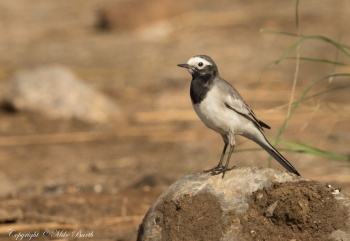 Very active, running around on open ground to pick up insects; usually fairly noisy, calling frequently. Like all wagtails, wags tail up and down almost constantly. Sings from a conspicuous perch, such as roof or wall tops.

The nest is a grass cup in hole or crevice and can be found in a bank, cliff, woodpile or shed. The clutch consists of 5 or 6 whitish eggs speckled with grey. They are incubated for about 2 weeks and fledge a further 2 weeks later. There may be 2 or 3 broods in the season which runs from March to September.

Can be seen scuttling around after insects, larvae and other invertebrates; also takes human-provided food like breadcrumbs. 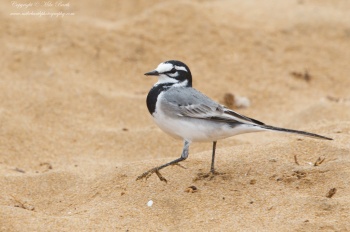 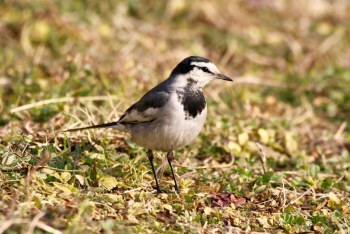 Search for photos of White Wagtail in the gallery

Search for photos of White Wagtail in the gallery