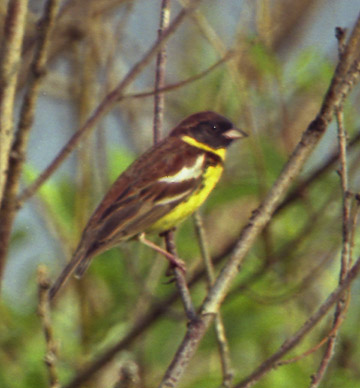 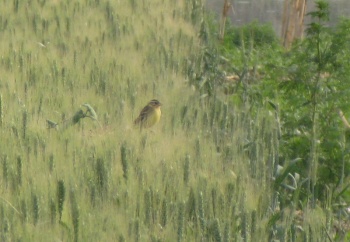 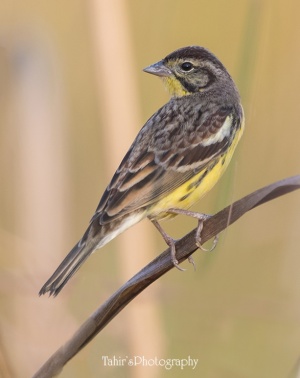 Breeds in central and southeastern Finland, although becoming very rare in recent years, and across Russia from about 53N to the southern Kola Peninsula and White Sea. Outside the Western Palearctic breeds widely across Asia to Kamchatka and northern Japan.

Autumn migration begins in late July and August with most birds wintering from eastern Nepal to southern China and Indochina. Spring passage begins in early April and arrives on Western Palearctic breeding grounds in early June.

Numbers have declined catastrophically in recent years, with illegal hunting on the wintering grounds the main cause; the species is now listed as Endangered[2].

A vagrant in Norway, Sweden and in Britain (236 records to 2013) where the vast majority occur in September with most on Shetland, fewer on the east and south coasts. In Britain, formerly an average of six recorded annually, but numbers have declined in recent years in line with global trends, and is now less than annual. Vagrants also recorded in Spain and Portugal, Latvia, Denmark, the Netherlands and Belgium and in October 1991 in Sinai, Egypt. 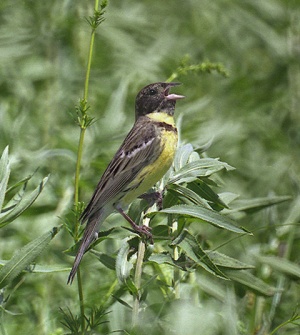 The diet mainly consists of seeds, but includes insects when rearing a brood.

Search for photos of Yellow-breasted Bunting in the gallery

Search for videos of Yellow-breasted Bunting on BirdForum TV