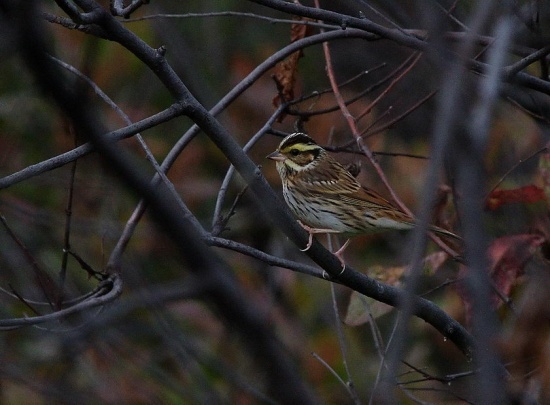 Females and young birds have a weaker, browner, head pattern, some yellow in the eyebrow, white crown stripe

They nest in trees. The clutch consists of 4 eggs.

Their diet is not well recorded. Thought to consists of seeds and insects and spiders.

Search for photos of Yellow-browed Bunting in the gallery