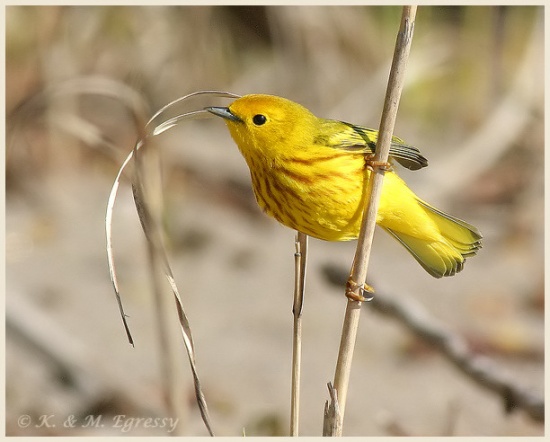 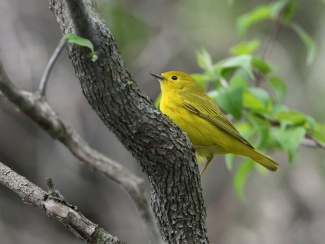 Some have pale gray wash to plumage (southwestern US) 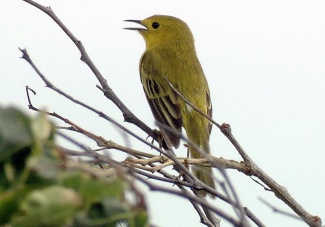 Breeds within North America from Alaska east across Canada to Newfoundland and south to southern California, northern Oklahoma, and northern Georgia; local in southern Florida; these subspecies which belong to the S. p. aestiva group of subspecies which winters in tropics. Additionally found in a number of largely non-migratory subspecies in the Caribbean (the S. p. petechia = "golden warbler" group), and in Mexico, Central America and northern South America (the S. p. erithachorides = "mangrove warbler" group). In total, there are thirty-four subspecies. The three groups mentioned have previously been considered separate species but are now considered one wide-ranging species. 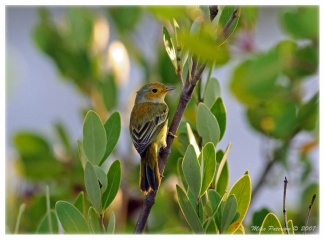 Consists of as many as 34 subspecies1: 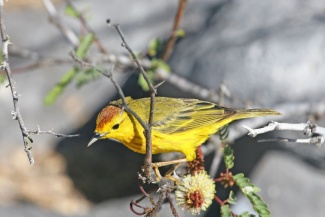 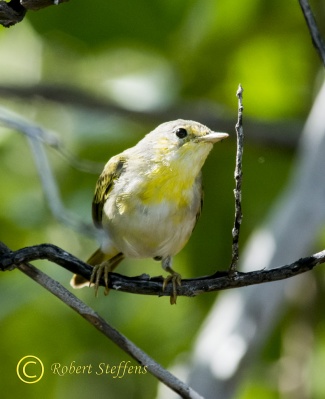 In the US, inhabits moist thickets, especially along streams and in swampy areas, gardens, overgrown pastures, and woodland edges, it is more limited to riparian habitat in the west than the east. 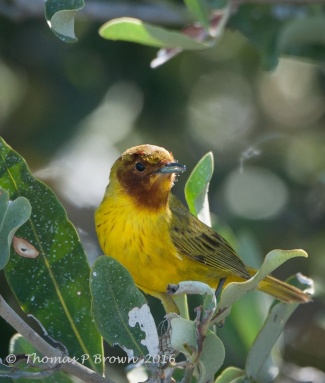 Four or five pale blue eggs, thickly spotted with brown, in a well-made cup of bark, plant fibers, and down, placed in an upright fork in a small sapling. The main species to be paratisized by cowbirds (Brown-headed Cowbird in temperate North America and Shiny Cowbird in tropical areas). If the female finds an alien egg in the nest she may cover it and lay another clutch. This strategy is not known in the Far Western part of their range.

Feeds mainly on insects and other arthropods; also some berries. Forages by gleaning, hovering and flycatching.

Resident in the South. In the north generally short-distance to long-distance migrants. Vagrant to Britain, Ireland, Iceland, the Azores, Salvages Is and France . 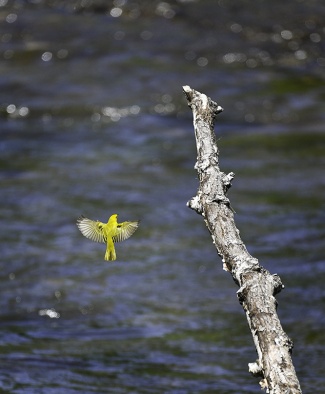 Search for photos of Yellow Warbler in the BirdForum Gallery

Search for videos of Yellow Warbler on BirdForum TV