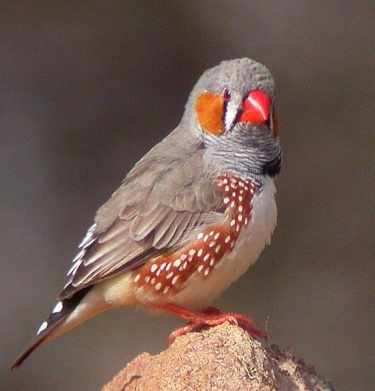 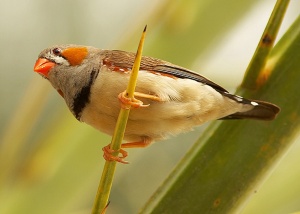 Drier areas of Australia, Indonesia, Timor-Leste, and introduced to Puerto Rico, Portugal and the U.S. 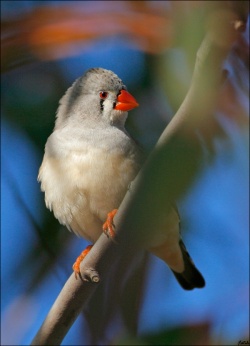 The latter subspecies is often considered a full species under the name of Chestnut-eared Finch (Taeniopygia castanotis).

They are usually found in the drier areas of Australia, with social flocks of up to 100 birds. Habitats are usually dry wooded grasslands, bordering watercourses. 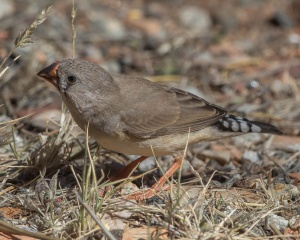 The diet includes mainly seeds, but they also eat fruit. They feed in large flocks. Insects may be taken at any time of the year, but are particularly favoured when feeding young. Feeding takes place on the ground.

They nest in cavities, scrub, low trees, bushes, on the ground, in termite hills, rabbit burrows, nests of other birds, and in the cracks, crevices, and ledges of human structures. Outside of the breeding time, brood nests are constructed for sleeping in. Zebra Finches pair for life. The female selects the nest site, but both birds care for the eggs and young. The male gathers almost all the nesting material, The females construct the nests, which has a loose dome-shape.

Search for photos of Zebra Finch in the gallery