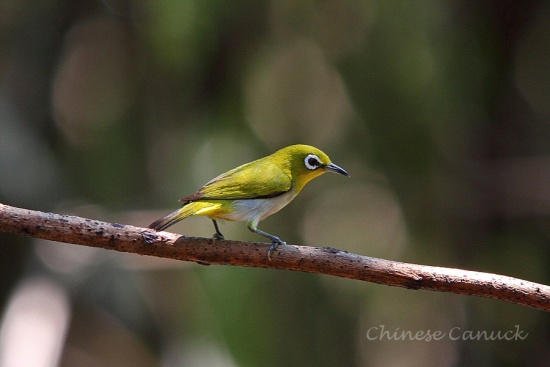 Mostly olive-green above and medium grey below with yellow throat and vent areas. In the head has a white eye-ring that is broken in front, width above eye is about half of eye diameter. There is a black loral line continuing below the eye-ring and yellowish above lore and at the front of the head. Bare parts are grey and brownish iris. 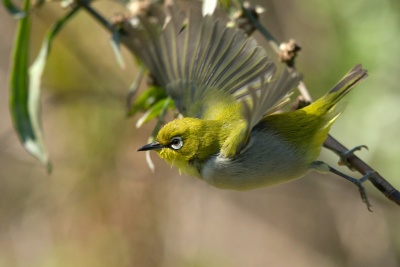 The last subspecies used to be considered a full species, Enggano White-eye. Subspecies williamsoni used to be part of the now former Oriental White-eye. The remaining subspecies seems to have come from the former Japanese White-eye.

Mostly a bird of lowlands and especially in the southern end often found in or near coastal areas. Mostly found in forest, woodland, rubber plantations, gardens, and mangrove but in Enggano often in Coconut plantations.

Food includes fruit, buds, seeds and nectar, but also insects are taken. Frequently moves around in mixed species flocks where hovering to find food is employed.

Search for photos of Swinhoe's White-eye in the gallery