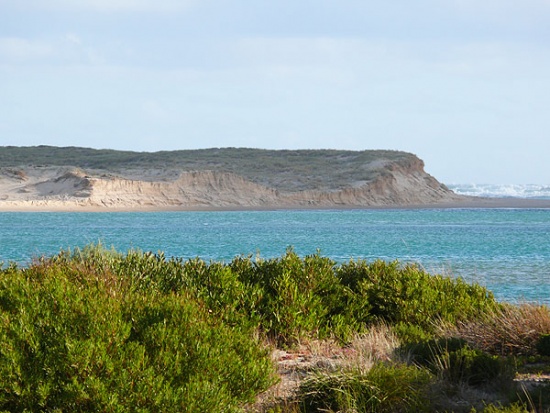 Photo by Rose Fletcher
Sandhills at the mouth of the Murray River adjacent to Coorong National Park, South Australia, October 2006

South Australia is bordered in the west by Western Australia, in the north by Northern Territory, in the east by Queensland, New South Wales, and Victoria, and in the south by the Southern Ocean. It is 983,482 square kilometres (379,725 sq. miles) in size, has 4800 kilometres of coastline with 100 islands, and is the fourth largest of Australia's six states and two territories. 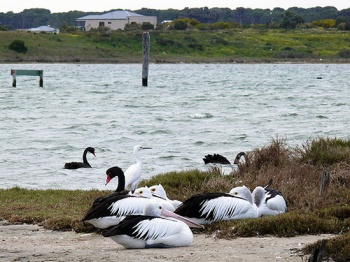 Photo by Rose Fletcher
Black Swans, Australian Pelicans and egret, at the saltwater and tidal estuarine environment below the Barrages at Goolwa. The Barrages were built in the 1930s to hold back the tidal flow of salt water so as to keep the Lower Murray Lakes freshwater, September 2007 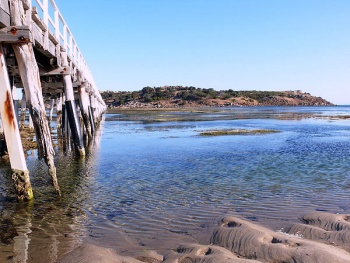 Search for photos of South Australia in the gallery

Search for videos of South Australia on BirdForum TV