This weekend's weather was wonderful. After finding the new large cyanea tritomantha last weekend I continued searching the ash substrate area off the end of Road R for rare plants. It was very productive. I found one more cyanea tritomantha two more unfenced clumps of endangered cyanea platyphylla. Hopefully those can get fenced soon. Numerous phyllostegia. I found a neleau tree, adding to the unusual tree diversity in this area. I eliminated many weeds such as himalayan raspberry, clidemia and angiopteris evecta ferns. The search was slow and I only covered a tiny area.

'Apapane were nearly absent last weekend, but this weekend there were a few little flocks. I expect the change in the weather was the difference. Japanese white-eye still ruled, with scattered 'oma'o, northern cardinal, and some 'elepaio. Only one kalij pheasant. The pair of 'io were above me all weekend, and one sat on a branch just above my head during one bird count, checking me out. I did few counts because I never left the small area. The tree plantation area had token house finch, hwamei and Japanese bush warbler. 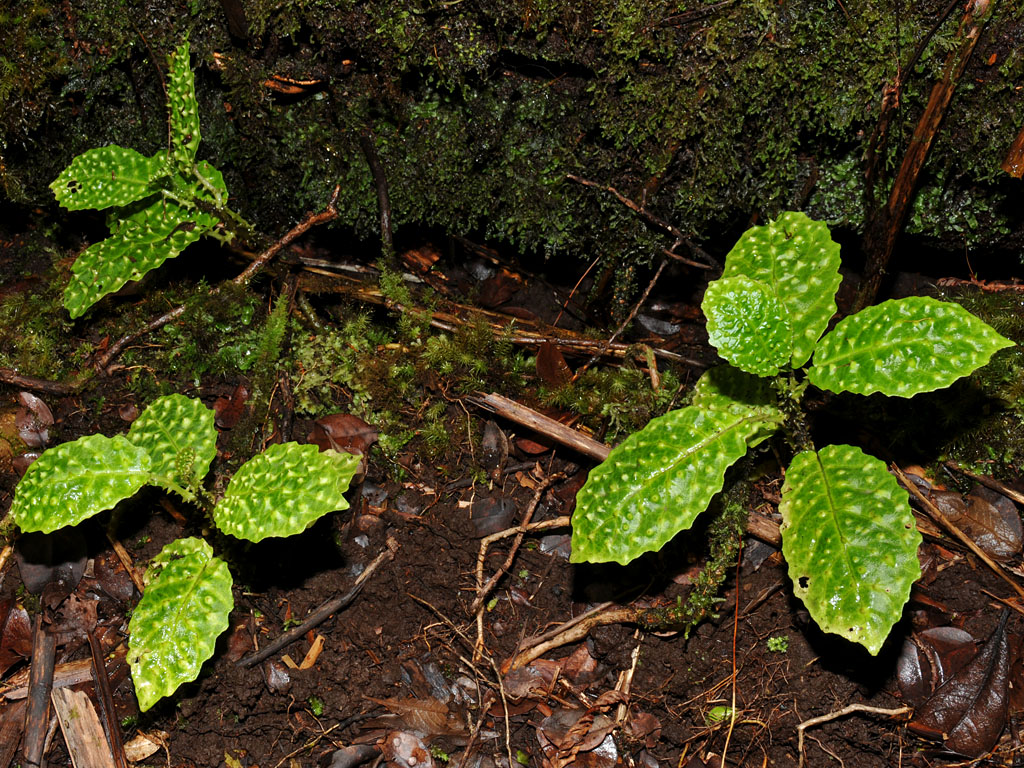