7DII vs 5DIV for birds/wildlife (1 Viewer)

Of course they need a little work, but there is so much detail in the file that the end results are quite pleasing. (At least I think they are...) 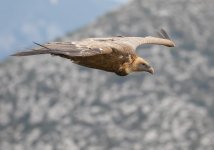 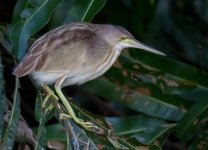 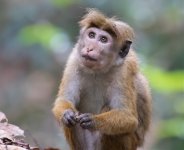 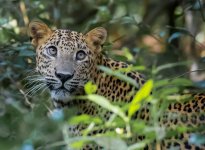 Thanks or the reply. Some here mentioned problems with grain and I would hate to buy one only to have to upgrade later. Very nice shots, by the way.
D

Excellent shots and surprisingly little noise Peter.
I read Glenn Bartley's appraisal which isn't actually that detailed and whilst there is no doubting he's a talented photographer, miles better than me, I don't really agree with his appraisal of apparent noise and I don't think the 7D2 competes with the 1DX2 at all. I haven't tried a 5D4 so I can't comment on that comparison.
Pro photographers do tend to look at their equipment in a different way to us amateurs too.They know how to get the best out of a camera and also have to justify expenditure on a profit return basis. Glenn's style isn't necessarily suited to using longer lenses either so a full frame camera may well be disadvantaged to a certain extent but I have never believed that the superiority over a full frame is 60% more reach. Why he wants to drop back to 12mp bodies I don't know, on the other hand more in every new release isn't necessarily better either. I like the idea of a magnified view though....just show me the area thats is covered by the AF points at the press of a button and that would indeed be very useful.

Having swapped your 7D2 for a 5D4, how do you think they compare for bird photography? Did you have a chance to make some side-by-side comparisons before parting with the 7D2?

Do you think the loss of "reach" with the 5D4 is more than made up for by the greater resolution and superior sensor of the 5D4?

Think the loss of reach is made up for by the greater resolution and superior sensor and with the 2x tc its great.
Seem to be getting a lot more detail in my photos.
N

I finally bought a 5D4. I have tried some tests 5D4 vs 7D2 using 100-400 v2 at 400mm (cropping both images heavily to the same effective magnification/FOV). Have assessed resolution/sharpness in centre of the frame. Did a few duplicate shots each time and picked the best of each set for the comparisons. Used stationary targets rather than birds as they move aroud too much whilst you swap camera bodies!

a) some shots at a local nature reserve using a wooden post as a test target at 20-30m distance.
Definite win for the 5D4 - the extra detail appears to outweigh the extra pseudo-reach of the 7D2.

b) some shots from my back garden of moss on a distant chimney pot (at least 100m distance).
5D4 and 7D2 much closer - probably a draw; if I had to pick a winner it would be 7D2, but very hard to see any difference in resolution/sharpness.

So my conclusion so far is that there is not a huge difference, but the 5D4 probably has the edge for most scenarios, except very distant birds.

Of course, in comparing 5D4 vs 7D2 there are other factors to consider besides resolution/sharpness. The 5D4 probably wins on most counts (AF system, ISO sensitivity/noise etc), but the 7D2 wins on burst rate - but for my uses, the 5D4 is probably fast enough.

BTW, for each set of shots, I also did test shots with the Canon x1.4 TC Mk3 added (560mm) on both camera bodies. Same conclusions as above, but interesting to note that in all cases the shots done with the TC were slightly inferior to the naked zoom at 400mm with a heavier crop!

Is that something that other people find? Or do people usually find that adding the TC improves the shot of the bird? Or maybe I don't have a very good copy of the Mk3 1.4x TC?

Will do further experiments and report back!
Last edited: Feb 3, 2018
J

Nick I think you will end up finding the 5D4 to be a better "All Round" camera and a better birding camera in less than ideal conditions. Well that was my impression when I compared one to my 7D2 anyway.

I am primarily a birder using the longest lens that Canon currently make and my 7D2 barely gets a look in compared to my 1DX. Yes your 5D4 is slower than a 1DX - but it has a significantly better sensor so I suspect your 7D2 will be up for sale soon..............

C
Just got a 5DIV: keep the 80D for extra reach, or go fully full-frame?

2 Different Water Birds in the Northwestern United States, Idaho on 4/30/21