From my Manhattan Window (2 Viewers)

Hello all,
I got my second jab of Moderna, last week and have felt adventurous. The main problem in Central Park are runners who run on the footpaths without their masks, panting and sweating. They should keep to the runners' lane on the Drive.

So I have seen many of the usual birds: tufted titmice, downy woodpeckers, white throated sparrows,black capped chickadees, mourning doves, northern cardinals in the Park. The Lake is practically frozen but there were northern shovellers and mallards in the open water. I did not see any other waterfowl in a short visit to the Reservoir. However, there were plenty of common purple grackles. Yesterday, I saw one great blue Heron; today I saw two: one on the shore of the Lake and the other on the shore of Turtle Pond. The word is that they are a nesting pair. There many American goldfinches at the feeders. 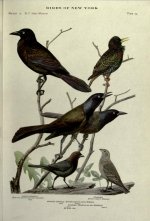 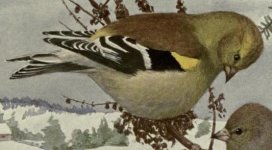 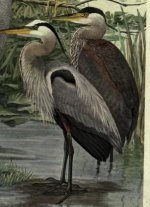 , in winter p at the Park's feeders.

I got my second shot last week as well Arthur but I'm still wearing a mask because of the new variants.

Went food shopping today and the sign on the door clearly states that masks are mandated yet there were several customers in the store w/o masks. I guess the store doesn't want to lose any purchases.

Glad to hear you are out and about. Been looking through the photos of our trip to New York. It was 6 years ago, last week. 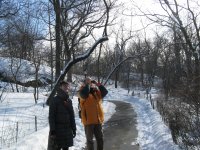 It may have been six years, ago, but the Park looked the same this week.

I have been wearing two masks, as per the Center for Disease Control guidelines.

I did my usual 8km of walking in one trip, today, with a swing through Central Park. The Lake was thawing out, so I got to see northern shovellers, and mallards. Walking in various spots, I saw the usual: mourning doves, blue jays, American goldfinches, house finches, common grackles, Northern cardinal, American robins, white throated sparrows and tufted titmice. I was delighted to see a favorite bird: the red bellied woodpecker, as well as a pair of hooded mergansers on the Reservoir, but no sign of those great blue herons.

Friday morning, I was walking in housing estate's garden, or as we say on this side of the pond, my building complex's park. It was cold and I saw nothing but feral pigeons. Then I noticed a bird on a branch. To get a good look with binoculars required taking off my specs and adjusting my two masks because the specs were fogging in the freezing weather. It turned out to be an immature buteo, probably a sharp shinned hawk, a garden first. It flew around a little, probably looking for prey but it was disappointed. Saturday morning, also freezing, a black capped chickadee came to my window. This is the first year, I have seen several black capped chickadees in the garden or at my window but I have been looking far more often.
Yesterday morning, I took a walk in Central Park, at 8AM. I heard blue jays, northern cardinals and a red bellied woodpecker. On the Lake, which was mostly free of ice, there were the usual shovellers and mallards. Near the Lake's shore I sighted a red-tailed hawk, twice. probably not the same one. The second sighting was definitely of an immature red-tailed, also on the Lake's shore, there was a great blue heron. There were the usual American robins, black capped chickadees, American gold finches, house finches and white breasted nuthatches. I was pleased to see my first male red winged blackbirds of the season, but I heard them first. At the feeders, I saw a male brown headed cowbird.

I have seen several black capped chickadees in the garden or at my window but I have been looking far more often.
Click to expand...

How lovely it is to hear reports from someone who's got a lovely big park to walk around. My nearest 'park', which is more of a kid's playground is about 5 minutes away and a pocket handkerchief size!!

Hope it'll soon be over and we can do more a bit further afield.

delia todd said:
Hope it'll soon be over and we can do more a bit further afield.
Click to expand...

I surely hope so, as well.

I visited my ophthalmologist on Wednesday morning. Although my pupils were dilated and I had disposable solar specs, I took the short walk to Central Park. Shortly after arriving I met another bird watcher who observing a red-tailed hawk circling around the San Remo building on Central Park West. I could not find the bird although I did see its shadow on the building. It turns out that the bird watcher, Doug, lived kitty-corner to me, so we were both about a km from home. I asked Doug if the hawk was carrying a branch and he affirmed that it was. So it was a male looking for a mate! On the rest of my walk, I saw the same birds as on Monday plus a fox sparrow a bunch of turtles sunning themselves.

Today, I heard a fox sparrow. I also walked to the east side of the Reservoir, where I saw hooded mergansers, and a pair of buffleheads, our smallest duck, near the South Gatehouse, and when I got to the west side, I saw a group of about three ruddy ducks, but they were not yet in breeding plumage. 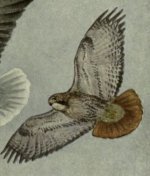 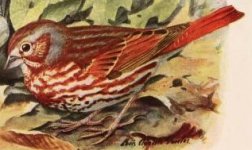 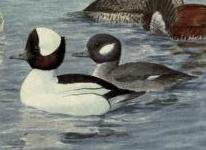 A great day of your bird sighting Arthur!

My visits to Central Park has not brought much variety. The outstanding usual bird has to be the great blue heron. Yesterday, I saw a woman taking a photo of one, getting fairly close to the bird. When I told her it was a great blue heron, she asked, "Blue heron not a gray heron." I repeated the words great l;ue, pointing out that there was a little gray heron to be seen in Florida. Of course, she was from Europe, from Russia as it turned out. Here in New York, we also have green herons, and rarely do we see tri-coloured herons.

Yesterday, I did see another song sparrow and last week, there was a black bird, on the ground about 25 metres, away. It was too big to be a grackle and too small to be a raven. Although it was solitary, and silent, I guess it was an American Crow. 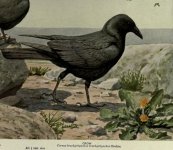 I neglected to mention, that a couple of weeks ago, I started seeing double crested cormorants on the Lake, and today, I saw one on Turtle Pond, as well. Last week, I saw a northern mockingbird in the garden, for the first time in months, and another one, today in Central Park. Today's mature Cooper hawk was another bird, which I had not seen for quite a while. Today's best birds were a phoebe and a pine warbler, as usual, the first warbler of the season. 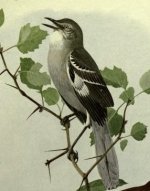 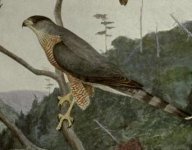 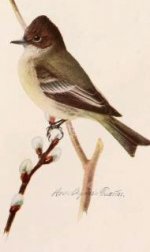 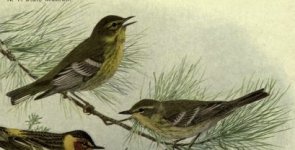 You would not believe how much banter the Northern Mockingbird has brought up in the UK Arthur.
I moderate a world-wide birding forum and as of now there is nearly 400 posts concerning the Mockingbird that is still there...

Glad you had a couple of good weeks guy!

Yes, the weather is improving. I am getting about a little more, as my quotidian routine is returning and the birds are ignoring pandemic restrictions.

A wish all a joyous Easter!

Since my last post, I have seen only one bird of interest: a male rusty blackbird. 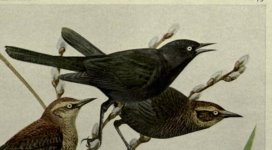 Happy Easter to you as well.

Easter Sunday, I managed to take a walk in the garden, where I was surprised and pleased to see a pair of northern flickers.

Today, I had a nice morning walk in Central Park, where I saw a number of seasonal firsts: golden crowned and ruby crowned kinglets, a chipping sparrow, a brown creeper and tree swallows over Turtle Pond. 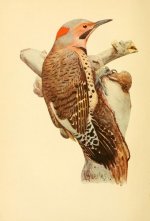 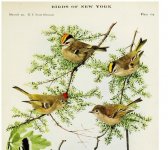 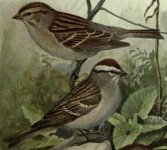 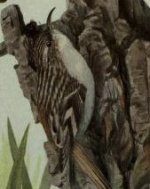 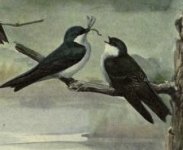 Looks like you had a good Easter Sunday guy!

I have not seen much of anything new but on Saturday, a hermit thrush visited my window twice. Today, I have had some difficulty with cerumen in the otic dexter and and in the otic sinister, so I visited my otolaryngologist, just a few steps from Central Park's Reservoir, where I was disappointed except for three American coots.

Spring has arrived and will probably depart in a few weeks. I attach a photograph of Cherry Hill, taken last week when the cherry trees were in full bloom. 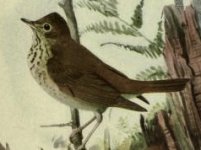 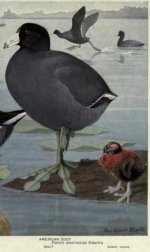 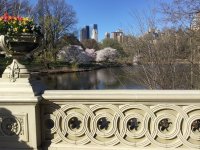 Stay safe,
Arthur
You must log in or register to reply here.