Some recent publications provide informations about genetic and taxonomy of Galapagos passerine species, but only two of them lead to taxonomic revisions and elevation of some subspecies to species rank, important decisions for conservation of this unique species facing many threats particulary Philornis downsi.

But some data for other publications are without any taxonomic and conservation decisions : 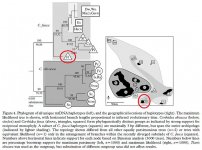 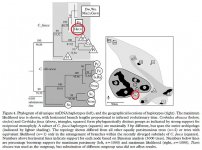 # Another extinct species not recognized, the extinct Floreana population of Geospiza difficilis is distinct and could merit elevation to species rank as Geospiza nebulosa (Gould, 1837), the first extinct Galapagos bird species, according to
2010 Multilocus genotypes from Charles Darwin’s finches: biodiversity lost since the voyage of the Beagle
Kenneth Petren1,*, Peter R. Grant2, B. Rosemary Grant2, Andrew A. Clack1,† and Ninnia V. Lescano1:

“The sharp-beaked ground finch (G. difficilis) is
notable for several reasons. Lack (1947) could not discern
where to place this species on an evolutionary
tree, since island populations varied widely, and their
traits were shared with differing subsets of other
species. Based on their unique beak shape, G. difficilis
populations form a natural group (Schluter et al. 1991;
Grant 1999). Genetically, G. difficilis is highly structured,
with genetic differences among populations
that surpass genetic differences among many other
species (Grant et al. 2000; Petren et al. 2005). The current
study supports the notion that two additional
populations of this highly divergent species existed
on Floreana and Isabela. The genetic distinctness of
the Floreana specimen supports Steadman’s (1986)
attribution of fossil remains found on this island to
G. difficilis. The genetic distinctness of these birds
from other G. difficilis and other species may be substantial
if the single specimens are a reasonable
representation of the sampled populations (figure 4).”

# Geospiza magnirostris from Darwin and Wolf islands, and from Floreana and San Cristobal are distinct from populations of other islands, Geospiza magnirostris darwini (formerly Geospiza conirostris darwini) from remote Darwin and Wolf could merit elevation to species rank, and populations from other islands are distinct from extinct Floreana and San Cristobal and could merit recognition of the subspecies Geospiza magnirostris strenua (Gould, 1837) according to
2010 Multilocus genotypes from Charles Darwin’s finches: biodiversity lost since the voyage of the Beagle
Kenneth Petren1,*, Peter R. Grant2, B. Rosemary Grant2, Andrew A. Clack1,† and Ninnia V. Lescano1:

“(a) Genetic distinctness of G. magnirostris populations
The four populations of large ground finches
(G. magnirostris) from museum collections were genetically
distinct from eight other field-sampled
populations of G. magnirostris. Genetic distances
among previously sampled reference populations
were significantly lower than the distances between
the four museum populations and the rest (table 1).
The first two principal component axes depict
Darwin and Wolf as more distinct than the San
Cristo´bal and Floreana populations (figure 2), but
this is only part of the story. Nei’s genetic distance
captures the distinct nature of the giant forms from
San Cristo´bal and Floreana collected by Darwin
(table 1). Large ground finches from the extremely
remote (and neighbouring) islands of Darwin and
Wolf had lower (and identical) expected heterozygosities
than the Floreana and San Cristo´bal
populations, as would be expected owing to their
small size and isolation from immigrant gene flow.
(b) Genetic affinity of G. magnirostris individuals
The 1835 specimens considered to be from San
Cristo´bal (n ¼ 6) and Floreana (n ¼ 3) appeared to
form natural groupings. Likelihood scores for crossmembership
in other populations were much lower
than for the specified population (figure 3). One
G. magnirostris of questionable origin (1m) appears to
be from Santiago (table 2). This bird was earlier
thought to be from San Cristo´bal before Sulloway
(1982) showed that it is more typical morphologically
of the Santiago population. Another G. magnirostris of
unknown origin appears to be from Floreana (3m), 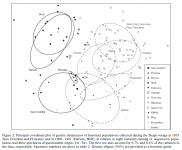 while a third (2m) could not be classified.” 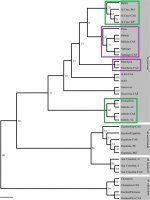 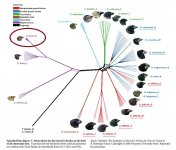 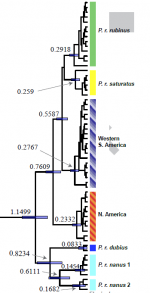 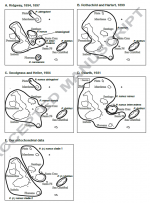 And no informations about San Cristobal potentialy endangered subspecies :

I'm a little confused, how many species of Pyrocephalus are there currently?

LeNomenclatoriste said:
I'm a little confused, how many species of Pyrocephalus are there currently?
Click to expand...

Three (according to the HBW/Birdlife Checklist)

Turdus,
did you take a look at this thread: http://www.birdforum.net/showthread.php?t=191058 ? It seems to me that some of what you mention here was covered while some other parts were not.

but taxonomic statut of some species or subspecies remain uncertain, particularly for some potentialy threatened taxa:

? subspecies rank for Mimus from Marchena as M.parvulus bindloei distinct from M.parvulus personatus from Santiago & Pinta

Taxonomic uncertainity and lack of interest have conduct to extinction of Pyrocephalus dubius on San Cristobal and Certhidea fusca ridgwayi on Floreana, is urgent to take some decisions !

Hepetologists have conduct taxonomic work on giant tortoises and marine iguanas and named new species and subspecies for a better conservation action.

One thing you could try...if there has been work done on a complex, you could probably submit a proposal to the SACC, or contact one of the current members and help draft a proposal.

One thing to consider...solely splitting taxa based on conservation priorities is a slippery slope. If taxonomic decisions become based more on politics than the science, you risk undermining the very authorities pledged to protect these imperiled politicians. Money is finite and there are no shortage of politicians who would like to redirect conservation money to there own pet (non-conservation) causes.
S

Melanie said:
Three (according to the HBW/Birdlife Checklist)

We suggested four species in the paper. The SACC accepted two species.