I've not owned a car, and have done almost all of my domestic birding on a bicycle since 2010.
I live in a land-locked suburb and don't really have a very good patch next to home. But I'm used to do significant distances on the bike (150-200 km is still a fairly average day) and, Belgium being quite small, I actually twitch the entire country. I count sightings made on non-motorised (bicycle/on foot) trips that started and ended at my home in Brussels; I also quite regularly use a place on the coast (which belongs to my parents) as a secondary base, but I commute by bike -- cycling there, staying a short while, cycling back. The only motorised transport that I usually indulge in when doing this is the occasional ferry crossing, where there is a river on my way and no cyclable bridge or tunnel that I can easily reach.
The current situation here is not favourable to this practice, unfortunately. We can now freely move around (as long as we don't leave the country), but there is a curfew (10pm-6am in Brussels), which is a real hurdle to going far on a slow transport. Finding myself a mere couple of hours away from home when night falls means I can't return before the next day.

Our national database tells me that I have seen 124 spp this year (IOC taxonomy, cat. A only). Best twitched rarities Spotted Sandpiper and Oriental Dove (meena); best self-found bird an Iceland Gull in early Jan; complete 2021 list at https://old.observations.be/user/lifelist/50000?lang=en&jaar=2021. I've not been trying hard to make this list long, however, so there are quite a few gaps, and I'm very far behind the dedicated fuel-assisted guys.
Last edited: Mar 29, 2021
C

Two more NMT year-ticks yesterday - (Common) Ringed Plover and Northern Wheatear. I've written about the last couple of weeks of NMT birding in the north east of England in my blog. I'm up to 112 - I've got my work cut out if I'm to have a chance of overtaking Laurent 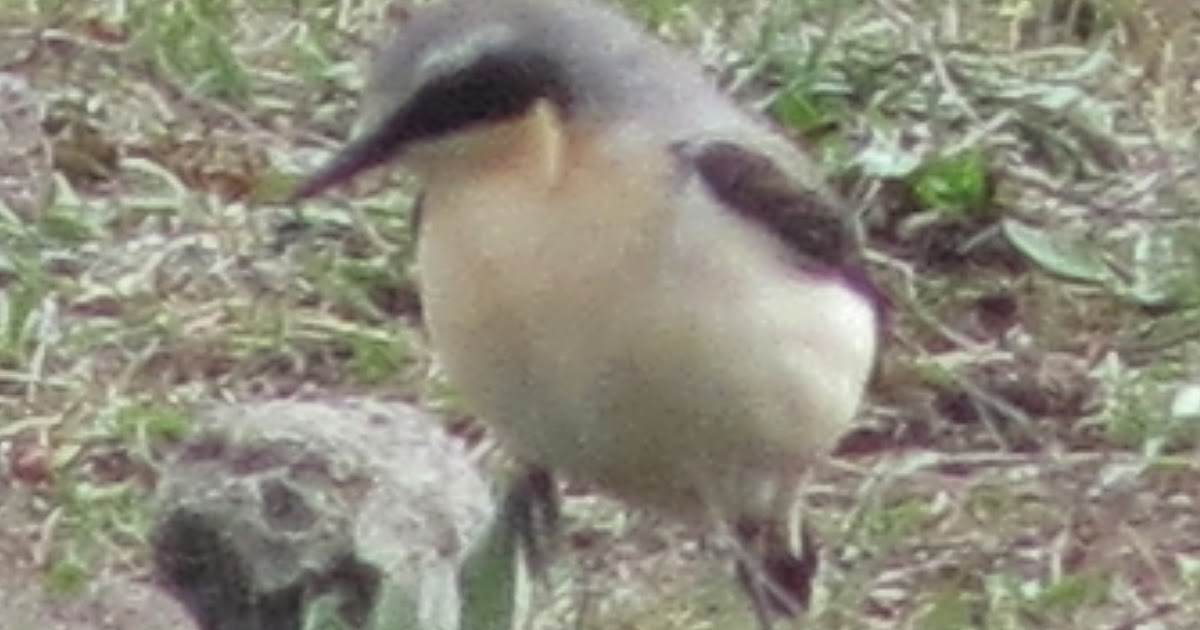 Some more "Non-motorised Birds" - Including "Super-Bird"

A male Northern Wheatear aka "SUPER-BIRD" at South Gare (read on to find out why they deserve this title) Hi everybody. Sorry it's been a...

383 globally thanks to Oriental Turtle Dove, Iceland Gull and Northern Wheatear. Spotted Sandpiper also new for Europe, but we already had it from the USA. I suspect there are some other new ones for the list lurking on Laurent's database (please tell us the exciting one's weren't all the wrong side of a ferry ride!).

As we're on to another new page, here's the link to the spreadsheet to save people scrolling back: https://docs.google.com/spreadsheet...k6l70UVaE6-7hJoa_FGKGkrqY/edit#gid=1676269895

Swindon Addick said:
I suspect there are some other new ones for the list lurking on Laurent's database (please tell us the exciting one's weren't all the wrong side of a ferry ride!).
Click to expand...

No ferry ride of any kind so far this year. 🙂 I'm on the verge on this, however -- building bridges / digging tunnels isn't exactly an ecologically neutral activity either... 😉 Ferry rides have never exceeded 0.01% of the distances I cover.

I've seen these, that I couldn't find on your world list:

Independently, my wife and I have both heard a nightingale this morning

A further three additions today on my usual walk - Reed Bunting, Wheatear and Willow Warbler - moving my at home or on foot yearlist to 79 (of 98 on my patch yearlist).

Looking forward to chipping this up during the spring.

I did a lot of cycling when I didn't have a car, but never more than 100 km I think (to dip Bridled Tern: it still haunts me > 30 years later). I have always been a "slow" cyclist. Hardcore stuff Laurent!
C

Got No. 113 yesterday - Sand Martin - lots flying around over Portrack Marsh Nature Reserve in Stockton-on-Tees

I can add Bonelli's eagle, unless someone disagrees!!

A couple of additions to take me to 81 in the garden or on foot with House Martin and Coot (of now 99 on the patch yearlist).

2 swifts arrived 10 minutes ago. Apologies if someone has put it on the list already

396 up to and including Common Swift. We also gained one for House Martin, but lost one from the global total because while checking we didn't already have House Martin I found we'd got House Sparrow twice.

One more this morning, Wryneck singing in the village on my walk to and from the bakery!

Supporter
Sand Martin on the 1st, Merlin, Osprey and House Martin today. All added to the Europe list.

Common Redstart in the garden at the moment
C

Two more for my list yesterday - Green-winged Teal and Common Sandpiper, bringing me up to 115. Still very few migrants here though.
C

The Green-winged Teal is new for the UK list (as the IOC split it), bringing that list to 135. Sadly, the White Wagtail I saw with a Pied at the same location as the teal, doesn't count as an extra one

Supporter
A short visit to the local patch delivered a ridiculously early Wood Sandpiper (#399 on the world list), just before another sleet shower.

Had Little Gull and Common Tern yesterday, and two (early) Little Terns today (rushing back South in a cold, quite strong NW wind...), taking the world list to 402.
(I also added a couple of passerine species over the previous days, which were missing on my own list -- but none of these were new for the joint list. Now at 134.)
You must log in or register to reply here.