since I'm still struggling with IDs of gulls I have a few pictures where I would like to ask for help. All pictures taken on April 20th at or close to the the Rhine. For most I have an idea what I think it is but I am not sure at all.
Could you tell me if I'm right and what gull is in images 11 and 12?
Thanks for your help!

Hello,
agree with adult and 2cy Common Gull in the picture 1-5 (hard to see in picture 2 for me at least, but the bird on the right is a 2 cy Common Gull)
Picture 6 and 7: I think you are right with 2 cy YLG
Agree with adult Lesser Black backed Gull, the immature bird can easily be a 2 cy LBGG, I would expect a 3 cy to show an nearly adult like white head and underparts, and some adult like dark-grey coverts (building an adult like patch/row, I hope thats understandable)
Picture 11 and 12 seems a 2 cy YLG to me, please note:
But happy to be corrected!

Edit: I would like to learn, if an immature YLG can be excluded without flight shots of picture 10
A

Back to picture 2 again: the two birds on the left are no Common Gulls imo. They show some pattern on the greater coverts, I think this is out of variation for a Common Gull ssp canus, and the pattern on the back is also wrong for a Common Gull.
I think both are Herring Gull, as they give a difficult impression to me, or birds from the hybrid swarm (where HG x Caspian Gull is a very common form) or even a YLG.
D

Thanks for the confirmation and and the correction regarding the LBBG.


Alexander Stöhr said:
Back to picture 2 again: the two birds on the left are no Common Gulls imo. They show some pattern on the greater coverts, I think this is out of variation for a Common Gull ssp canus, and the pattern on the back is also wrong for a Common Gull.
I think both are Herring Gull, as they give a difficult impression to me, or birds from the hybrid swarm (where HG x Caspian Gull is a very common form) or even a YLG.
Click to expand...

I might have some more pictures of those. I will search for them tomorrow afternoon/evening when I‘m back home.

Overall I‘m quite happy that I got most of the gulls right. Next steps besides getting more routine will be learning in flight ID and especially work on in field ID as I am never remotely confident enough to decide in field at which gull I‘m looking at.

i had a brief view on them yesterday and especially find the one appearing in pics 2 and 6-7 to be a strong contender for 'cactus' hybrid (herring x caspian gull), on delicate scapular pattern, well patternd greater coverts but still more or less plain tertials, bill shape. the other large gull (of what is seen from it in pic 2) looks better for a pure caspian, imo, on diamond shaped centers to scapulars and many replaced coverts (excluding e.g. HG). the other birds are, as said Common Gulls, an adult LBBG in pic 8-9, pic 10 - can't identify that 2cy, pics 11-12 = 2cy YLG.
A

Thank you Lou for correction and detailed explanation,
I still have the feeling, (=I am sure) that my identification of large Gulls in my favorite patch in SW-Germany is biased in favour of YLG.

Thanks a lot for not only giving an ID but a real helpful and detailed explanation based on what features your making the ID. 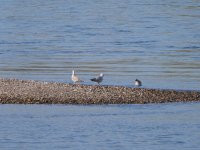 Thanks David,
the new picture (same birds as picture 2 of your first post) proofs that the right bird isnt a Common Gull, as I said in my second post.
The picture 2 in your first post seemed to show a smaller, daintier Gull with long wings crossed above the tail, a uniform, solid tail-band, and as it seemed smaller than the two larger Gulls on the left, I identified it as a Common Gull.
But in the new picture, I see some pattern on the greater coverts (diluted? masked by jpeg-artefacts?), a pattern on some feathers on the back that is bad/out of variation for ssp. canus, so it is one of the larger Gulls.
Like you, I llearn so much from Lous post!

Alexander, your birds are both YLG (the 2cy mostly on structure but also on 3rd generation greyish scapulars).
David, these are all "Large White-headed Gulls", so no Common Gull within the last pic. i wouldn't want to put a name on the rightmost bird but probably a herring gull or a hybrid, maybe even a YLG, can't tell from "behind". the others are as said: a presumed argentatus x cachinnans to the left and a cachinnans in the middle, all are 2cy.
A

Thank you for your quick reply, Lou!
D

Thanks Lou!
Wasn‘t really aware of gull hybrids before, this will make identifying gull even harder than I thought. Are there any recommended articles or books which cover gull hybrids?
A

you can find information in the excellent gull-id papers that are available for download here: Limicola: Downloads
I assume that you find the other articles also interesting!
Another article: https://www.researchgate.net/publication/230822394_Hybrid_gulls_in_Belgium_an_update

There is much information about identification in Gulls of Europe, Asia and North America by Klaus Malling Olsen. Detailed information about migration, distribution and a very few words about biological background that goes beyond ID, makes this some kind of an handbook with emphasize on identification. There is also a very good book by the same author: Gulls of the World: A Photographic Guide (please note that I am no Gull expert, but I have them both and learned much from them!)

There is a new ID-guide published this year (hope so!) by Peter Adriaens, Mars Muusse, Frédéric Jiguet and Philippe J. Dubois, please see this thread: New gull book - photos requested , providing us with updated information, new identification features and new pictures. Much awaited by many (all? I am quite sure), as Gull-identification is work in progress.
Last edited: May 16, 2021
D

Thanks for the links Alexander, looks like a very useful resource and a couple of interesting articles. I will also look into the recommended books.
D

this thread really awoke my interest for gulls. Before I often lost interested in gulls after a few minutes when I couldn't come up with ID.

So with my newly found enthusiasm I went through some photos from the last weeks and came across those two gulls: 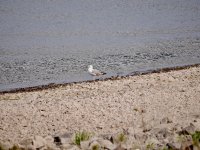 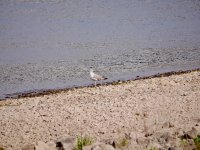 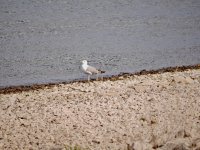 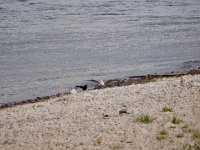 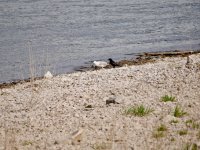 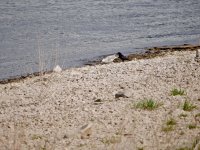 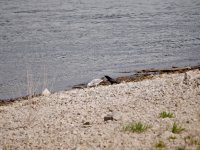 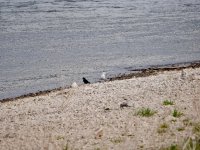 All photos taken this year April 9th in Düsseldorf, both birds were just a couple of meters apart. Colours a bit off sorry for that (photos were overexposed, this was the best I could do to correct this)

I think both birds are Caspian Gulls (if I have to put an age on them I would say 2cy) because:
Do you agree?
A

Second bird is easier for me, so I start with this: I agree with an immature Caspian Gull. Please note:
Ageing: I think with a nearly uniform grey mantle, the first bird might be a 3 cy, And same for he second bird. But better wait for the experts. I remember some 1 cy Caspian Gulls in September with already very white head und underparts, that gave a white-headed and white-bodied impression neraly identical to adult Herring Gulls

Conclusion: I agree with you, both look like Caspian Gulls to me, but again: better wait for others here.