Social Media Editor
White-tailed eagles reintroduced on the Isle of Wight have been seen flying over gardens across England during the coronavirus lockdown.

Trackers worn by the eagles have shown they are exploring widely, making flights of more than 100 miles (160km).

One, known as G274, made a four-day 265 mile (427km) trip along south-west England before returning to the island.

Another - G393 - has flown to the Peak District via Suffolk after spending the winter in Oxfordshire.

The birds are four of six eagles released on the Isle of Wight in August as part of a five-year introduction programme by the Roy Dennis Wildlife Foundation. 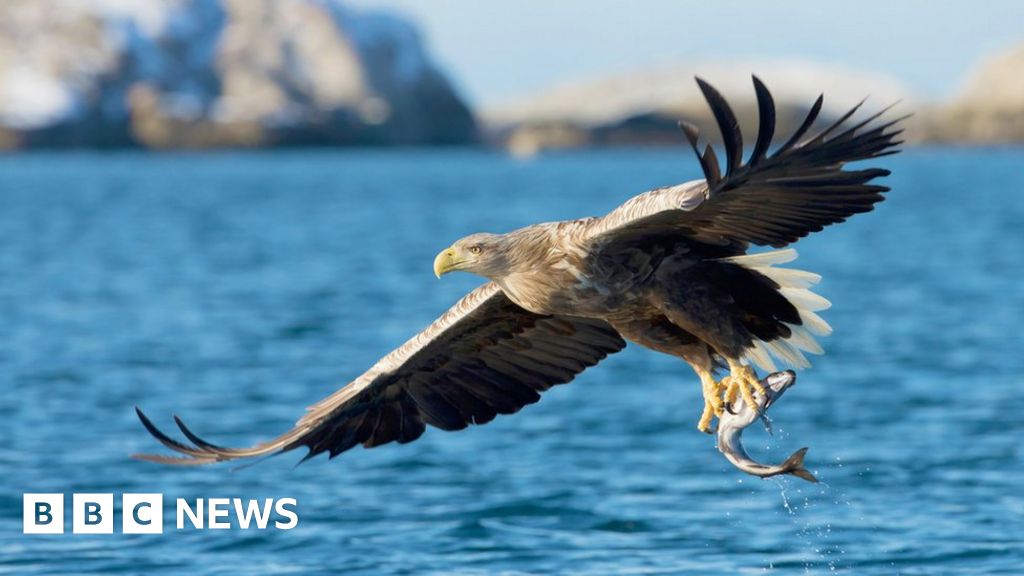 One named 'Culver' from the first release did a much publicised trip from the Island to Essex then back. A few days later it returned to the mainland never to be seen or heard of again. The project asked the public to look for it, informed us that the Police had been informed and yet never told us where it was last reported (the satellite tag should have given that info) and have never mentioned it again. All seems rather suspicious and a bit of a cover up (my suspicion is that it disappeared over a 'name' estate). I know someone who queried it with the project and never got an answer, which adds more suspicion.
Why inform the Police if there was nothing suspicious about its disappearance?, and why ask us to look for it without telling us a rough area where it was last seen?.

One of the other first release birds died on the Island, initially the project said an autopsy was inconclusive, yet a friend on the island told me an FE worker mentioned to her that it had been found dead after flying into power cables.

If the project wants our support and goodwill, they need to be more open about all aspects of the birds and not just report when they fly around a bit.
A

Does anybody know (roughly) what percentage of birds survive to breeding age?
You must log in or register to reply here.

Plans to return sea eagles to Isle of Wight
2 3