Looks like Bald Eagle. You can just make out the naked tarsi (GE would have feathered "trousers" all the way down), and the bill size and overall pattern are also better for Bald. 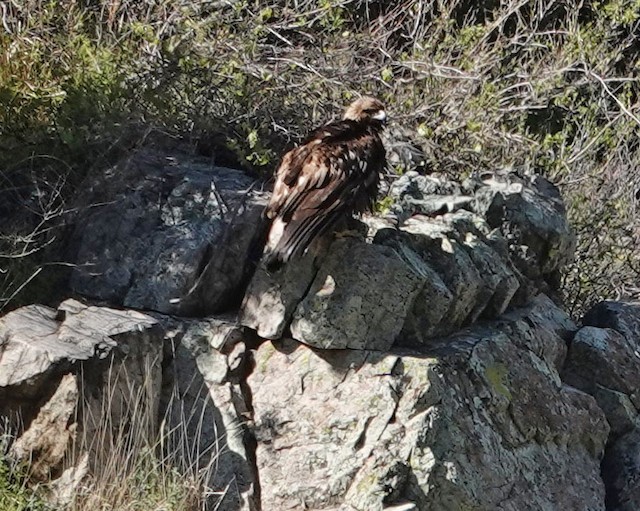 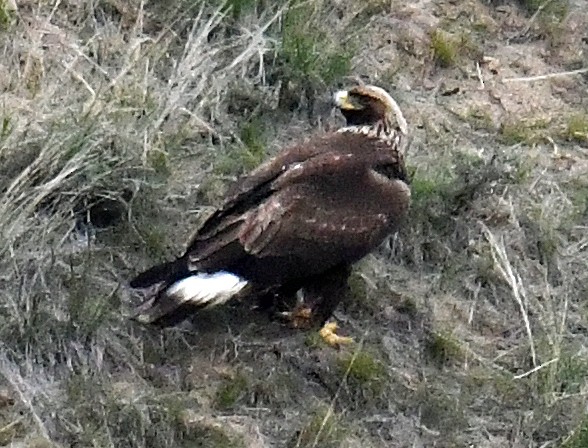 Correct me if I'm wrong, but I don't think a 2cy Bald Eagle could be could be classified as a juvenile. It should be referred to as an immature bird.

connorco said:
Correct me if I'm wrong, but I don't think a 2cy Bald Eagle could be could be classified as a juvenile. It should be referred to as an immature bird.
Click to expand...

I disagree with you, sorry.

‘Juvenile’ refers to the plumage (juvenal) - ‘2cy’ refers to the calendar year - the two are not mutually exclusive at this stage of development. Once it moults out of juvenile plumage later in the 2cy, it can be said to be in basic 1 plumage or young immature or just 2cy. The iris will then have become lighter and there will be noticeable moult limits in the flight feathers with the newer ones more rounded and shorter. If you don’t know how to correctly age a bird, it is also acceptable to call anything other than an adult, ’immature’.
Last edited: Dec 4, 2020

There has been much confusion on the matter of juvenile vs immature with some people saying that the words in non-technical literature should be synonymized!. Having said that, the usage that a bird in its first fully feathered plumage is a juvenile for how ever long it stays in that plumage is commonly considered correct.

njlarsen said:
...the usage that a bird in its first fully feathered plumage is a juvenile for how ever long it stays in that plumage is commonly considered correct.

This is the only point I was making really - the bird in the OP is still in the plumage attained when replacing the down feathers, so calling it a ‘juvenile’, even though it is in it’s second calendar year, is not just commonly but technically correct.

If we want to describe birds by their plumage, we refer to ‘juvenile’, first winter, second winter, first basic, 2nd basic, pre-alternate etc etc. If we want to refer to birds by age, then we use the calendar year during which or after which they were born. A bird, eg a passerine, ceases to become a juvenile, once it has had it’s post-juvenile moult, it then becomes a first winter, even if it is only a few months old. A gull for another example, can be in it’s first winter plumage yet in it’s second calandar year.
Last edited: Dec 4, 2020

connorco said:
Correct me if I'm wrong, but I don't think a 2cy Bald Eagle could be could be classified as a juvenile. It should be referred to as an immature bird.
Click to expand...

I have to agree with this. A second year bird should be called immature not juvenile.

kevinsl06 said:
I have to agree with this. A second year bird should be called immature not juvenile.
Click to expand...

Well I know Americans have different ways of labelling plumages but to say a 2cy Bald Eagle in juvenile plumage cannot be regarded as a ‘juvenile’ makes absolutely no sense from an ornithological perspective - at least in how we approach moult definitions etc outside of America.

A bird is recognised as a ‘juvenile’ because of its plumage NOT it’s age. Raptors as a rule carry juvenile plumage for the first 12 months of its life from nestling. A Bald eagle in March of it’s second calendar year is only approximately 8 months old and still in juvenile plumage. Some smaller species of raptor, like falcons and harriers, will have a partial body moult in their first winter, so will be regarded as in a transitional plumage (between juvenile and first basic).

A Bald Eagle does not start moulting out of its juvenile plumage until about 12 months after fledging ie in their 1st summer (2cy - July/August). Feel free to check any of Derek Forsman’s publications on raptors - Flight Identification of Raptors 2016, is full of images of various raptors (including White-tailed Eagles) referred to as ‘juveniles’ despite being in the Spring of their second calendar year.

Perhaps those people saying I am wrong here, would please explain how they would define a ‘juvenile’ bird?

Edit - Btw - if the date that the photo was taken was actually the 3rd of December, rather than the 12th of March (given the American habit of writing the month before the day), my point remains. The OP would still be a juvenile in juvenile plumage but in its 1cy. not 2cy
Last edited: Dec 5, 2020

So checking in case this is a cultural misunderstanding (giving my critics the benefit of the doubt 😉), this is how the National Aubudon Society describe ‘juvenile’

“What is “juvenile” plumage?​

The juvenile stage refers to the period right after a fledgling leaves the nest. For some species it lasts just a few days; for others it can take up to a year. This is also the only time in a bird’s life when all of its feathers grow in at the same time, giving it a particularly uniform appearance. Take the young Western Sandpiper, for example: It's crisp and clean-looking, almost like a recently detailed and upholstered car.

After a bird goes through its first juvenile molt, it only changes feathers sequentially, which means it always has something old and something new on its body. That's why late-winter gulls that are immature (the awkward stage between juvenile and adult) look so “patchy.” 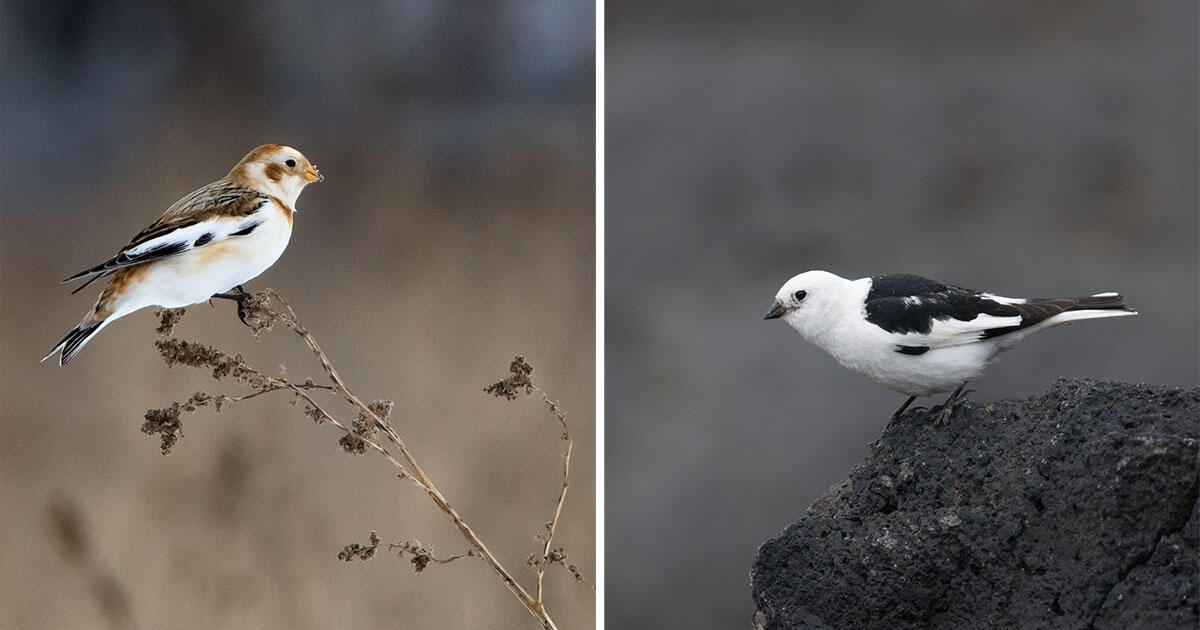 Understanding the Basics of Bird Molts

As the seasons change, so do birds' feathers. A birder should be prepared.


So Cornnorco/kevins or anyone else confused about moult terminology, hopefully this has been of some help ... clearly, American ornithologists follow the same definitions.
Last edited: Dec 5, 2020
C

Hi Deb. As someone who has just started birding, I find you explanation really helpful as I find a lot of your
other posts. Your help is appreciated.

Except for a few who got mixed up with a Roman poet! 😂

Charlotte1 said:
Hi Deb. As someone who has just started birding, I find you explanation really helpful as I find a lot of your
other posts. Your help is appreciated.
Click to expand...

Thanks Charlotte - all too often it’s easy to forget that at times 😉
You must log in or register to reply here.