The reson for this search is to find out if the OD of mariae truly, clearly tells us if the scientific name (in its latinized way) is commemorating Benson's wife, the botanist Mary Benson*, which is to expect, and claimed all over, like in today's HBW Alive Key:

... or (!?) if it's aimed at his "favorite aunt Mary Hughes" (the latter mentioned at the end of Mr. Benson's Obituary in the Auk, here).

Benson 1960, p. 81, gives no dedication, but on p. 8 he wrote, "Originally Mr. J. G. Williams, of the Coryndon Museum, Nairobi, was to have been a member of the expedition, but he had to withdraw owing to ill-health. My wife took his place. She took many photographs, both cine and still, collected botanical specimens, and assisted directly with the ornithological work." Some of his wife's observations are mentioned elsewhere in the text.

That one is most definitely "hers" ...

Our specimens of C. g. mariae, named after my wife, have been compared with a long series of C. g. grandidieri in the British Museum and the National Museum, Paris.
Click to expand...

Thanks again James, for the clarification of Nesillas mariae ... and: Well noted, Laurent! Suddenly the Key tells us:

To my surprise, after a new search, I think I can suddenly add even more details ... ending up with:

[...]
On a trip to South Africa at the end of the war, while visiting the Transvaal Museum, Con met Florence Mary Lanham (Molly), who worked there as a botanist and artist. Molly was born in South Africa, and she and Con were married after the war and had two daughters, Rosemary and Diana. Molly supported Con’s work throughout their married life, and co- authored several books with him, also publishing a little of her own. At his death he had almost completed, with Molly as co-author, his manuscript on the parrots for The Birds of Africa. She was the practical one and did the day to day running of their lives – Con could think of nothing but his work. Although born in South Africa, when they retired to England Molly spoke of ‘coming home’.
[...]

Björn Bergenholtz said:
Thanks again James, for the clarification of Nesillas mariae ... and: Well noted, Laurent! Suddenly the Key tells us: To my surprise, after a new search, I think I can suddenly add even more details ... ending up with:

I see James has Con Benson listed as the guy honoured in the followinwing subbies... but it is not so... My entry is:

J P Benson (fl.1961) was an ornithologist who collected (including these holotypes) for many years in Kenya, particularly the Meru-Isiolo area whilst employed by the Department of Agriculture in Kenya (c.1938-1962) when he passed the preliminary oral exam in Swahili.

I'd love to get full names and dates

Named in honour of Mr. J. P. Benson, who collected the material.
Click to expand...

Below are some pieces in this puzzle ...

Following those small clues (and his address) the actual full name of "Jack" Benson seems to have been John Percival Benson (listed here).

You are right here

PROMOTION John Percival Benson, to be Assistant Agricultural Officer, Agricultural Department, with effect from the 1st January, 1944.
Click to expand...

John Percival Benson, Esq. to be a member of the Coffee Marketing Board.
Click to expand...

John Percival Benson Esq to be an Honorary Fish Warden for a period of five years from the date hereof
Click to expand...

John Percival Benson to be Senior Assistant Agricultural Officer, Department of Agriculture, with effect from 1st January, 1948.
Click to expand... 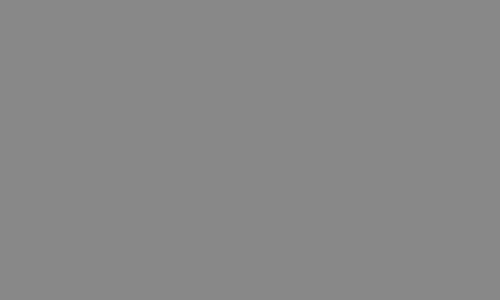