However, I have seen a reference to a Himalayan seen in Sri Lanka, and given the recent separation of the species, the reporting might be less than optimal where the form is rare. The map in Birds of India shows Himalayan with rare observations in a lot of places and more regular along the SW tip of India.

Sorry the links are no good to me, I don’t have an account.

njlarsen said:
The point is that the main sources now view Himalayan and Eastern B. as full species, not subspecies.

Yes, Neils. Thanks. I understand that but the split has not changed the morphology of each type of ex-ssp! Can you have a species without a defined geographical range? The OP looked like a japonicus to me, which is why I posted the Eastern Buzzard links, (but with no experience of this sub-species - which it still was the last time I went to India!)) which as I said, I ruled out (mistakenly?) on range. The few Himalayan I have seen (supposedly) prior to the split, (in Northern India) looked more like ‘typical’ Steppe Buzzard in colouring to me or very dark, not pale like the OP with this distinctive carpal patch/pale patagium/dark breast band.

Deb, to give you a chance to see what I was looking at, here is a scan of the relevant spread from the birds of India book, which can be recommended.

I am not sure why you would not make a free registration with ebird to utilize the resources. I find a lot of beneficial information there.

Using ebird or other field observations to map relative distributions of Himalayan and Eastern is of course problematic, because the birds are so similar. Many identifications are really just guesses. But Steppe Buzzard is often possible to identify and because of that, it can be seen that in most of the Indian subcontinent it is the most common "small" Buteo. But there is some dispersion of Himalayan Buzzards to plains. And it has to be remembered that Himalayan Buzzard really is a migrant in parts of its distribution area, in Central China.

Deb Burhinus said:
Sorry the links are no good to me, I don’t have an account.
Click to expand...

Sorry activating an a count to access Neils maps 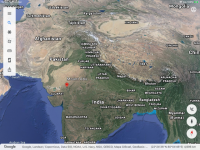 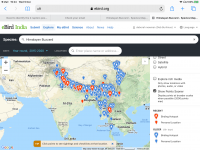 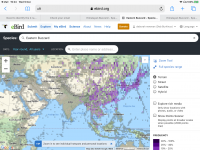 Hence my confusion over range of these 3 Taxa!

@jalid
Thanks Jalid! Your input is of course very much appreciated- I cross posted with you when I was trying to upload the range maps so fully take on board the accuracy issues you’ve highlighted with regard to geographical range. (I’m still struggling to separate these taxa - some Himalayan look very like Steppe (darker/rufous) and some look very like Eastern (paler/as described above), then there seems to be a myriad of variation in between with migratory Steppe Buzzards that can look like either!).

Do you recognise introgrades and hybrids within these 3 taxa and where might such a contact zone be placed?

njlarsen said:
Deb, to give you a chance to see what I was looking at, here is a scan of the relevant spread from the birds of India book, which can be recommended.

I am not sure why you would not make a free registration with ebird to utilize the resources. I find a lot of beneficial information there.

Thank you for the scan. I do’t know how up to date it is, but Himalayan is stated in your linked Field guide as being an ‘undescribed’ species/race more ‘closely related’ to vulpinus (however that might gets expressed as a genotype?) and also a winter visitor to NE India (where I have (purportedly)seen them).


What I think is worth highlighting is that the species description for Himalayan in this FG, also seems to distinguish two Himalayan Buzzard populations, one migratory and a winter visitor and one, a resident breeder that is much larger and more rufous - these latter ones are described as ‘refectus’ (and were probably the type that I saw that were very similar to Steppes in colouration ). However, most authorities regard refectus and burmanicus as synonymous. (When I suggested there were two races of Himalayan Buzzard, one migratory and one sedentary, on BF on another thread the other day, someone was very quick to ‘correct me’ that this is not the case and that refectus and burmanicus were the same race and completely interchangeable). This Indian FG however, is not the only literature that I have seen to treat Himalayan Buzzards as of two distinct populations with a different morphology - (Which is why btw, the BF thread that I linked to earlier on the origins of refectus/burmanicus split/merge is both interesting and a conundrum.).

Your linked guidebook seems out of date to me (if we agree current taxonomy treats refectus as synonymous with burmanicus ) and also shows an image description for Himalayan burmanicus as having a pale breast band bordered by heavy streaking with distinctly light rufous tones. (Not like the OP but more like the earlier linked images of Himalayan on the OBCD link) In addition on the facing page, we have illustrated next to it, the supposedly synonymous refectus as ,strangely, looking more like Steppe Buzzard. As for the Steppe Buzzard vulpinus it simply says its ‘status’ is unknown - that to me suggests a big documentation gap, since we know long distant migratory Steppe Buzzards winter in the Indian subcontinent (or do we!?) - so what’s their winter range and from which populations do they come?

Anyway - This has probably become a bit of an echo chamber but some interesting buteos from oop North! 🙂
(Apart from the ‘Himalayan’ I slipped in there) 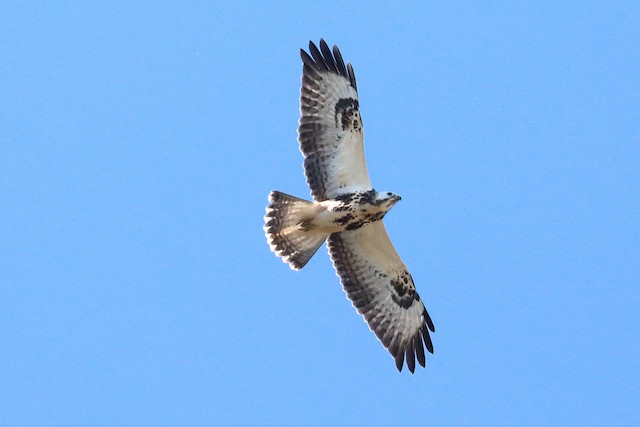 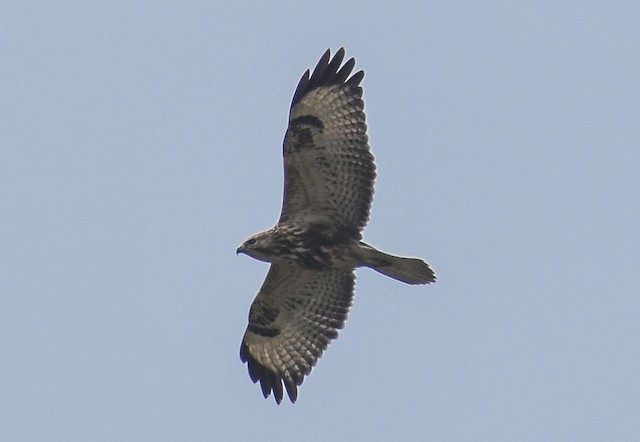 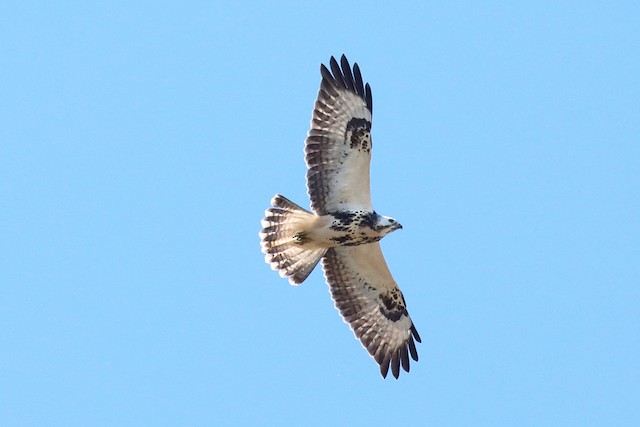 
Of course Jalid is absolutely correct in his ID - (who would dare argue! 😮) But I do wonder how the rest of us are going to get there if a/ races/ssp/sp of buteo are rarely monotypic and the literature/field observation data can’t even agree on ranges or even, when it comes to identifying them in the field, what the regionally specific populations should look like.
Last edited: Dec 9, 2020

We need a Forsman guide for the raptors of the eastern Palearctic! However, it might be 20 years for someone to collect the knowledge needed to make a similarly authoritative tome.

The guide I scanned a single spread from is the latest Grimmett, Inskipp and Inskipp, 2nd ed. from 2011. It would not be surprising if there is some items not up to date in this treatment. The name burmanicus was interpreted as being from a migratory bird from further north and therefore not a true Himalayan B, which led to replacement of the name with the synonym refectus. That does not preclude the HiBu from migrating further south.

Niels
You must log in or register to reply here.

A
Need to confirm the ID's of these 3 birds
2

A
Need to ID these martins