Many thanks gents. It's a huge change since I was born in Hong Kong and spent my whole career there.

It's certainly been an interesting first few days. Notable firsts include:

First vegemite sandwich - an iconic moment in my cultural history after loving the 1980s Men at Work song Down Under for what is still probably my favourite lyric in any song:

Buying bread from a man in Brussels.
He was six foot four and full of muscles.
I said "do you speak my language?
He just smiled and gave me a vegemite sandwich.

First opportunity to use 100% renewable electricity in the home - now we've found a ground floor flat in Cremorne its great to have this option.

First home with a garden since 1993 - the dogs are loving it!

Anyway ... back to birding. Three nights in an Airbnb in Avalon Beach allowed time for a couple of walks around the beach area and along the creek behind it on two scintillating chilly blue mornings. 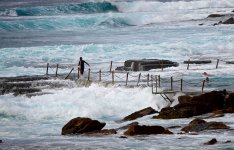 I enjoyed finding a group of twenty-odd Sulphur-crested Cockatoos foraging on the turf and snuffling in the sand for fallen Norfolk Island Pine seeds. A hopeful look out to sea revealed the usual smattering of Australian Gannets and another distant small albatross sp., and while I could not find any whales, we did have brief views of a school of Bottle-nosed Dolphins not too far beyond the breakers.

I was entertained by a couple of White-faced Herons that flew out over the surf (and 30-odd surfers) and then perched high on the cliffs above the wonderful seawater bathing pool set in the wave-cut platform at the base of the cliffs on the southern side of the bay. I was distracted from them by a young White-bellied Sea-Eagle that drifted back and forth before being chased away from the cliff face by an irate and highly acrobatic pair of Peregrines.

Walking back through the dunes I found a female Superb Fairy Wren and several White-browed Scrubwrens and Silvereyes on the back side, and the trees along the creek produced Red-wattled and Little Wattlebirds. The latter were my bird of the day - elegant in their fine silver pin-striping as they guarded their favoured Beachside banksia. 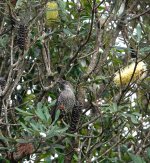 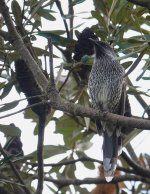 ​
along with the (invasive) Common Mynas and very talkative Noisy Miners. A Pacific Black Duck waddled its way up the middle of the creek, and either same or another pair of White-faced Herons - one of which showed very little white foraged in the stream and in the long grass in an uncut meadow. 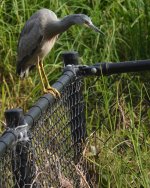 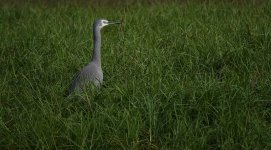 As I headed home a Laughing Kookaburra keeping watch over the basketball court sat nicely for pix. 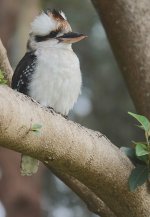 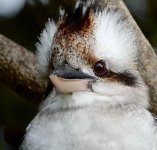 First time out with the new scope! Cliffe Pools.

A great day in East Yorkshire

A Walk at Seal Beach, California