I've hung a feeder and waterer right outside my second-story window so I can enjoy the birds up close without having to worry about the neighborhood cats turning up. It hasn't really gotten much for the past week, because we have a cat who runs up to the window and slaps it every time she sees birds on the feeder.

So, I got some of this mirrored window film, and installed it along the bottom foot of the window. From the outside, it looks like shiny metal. From the inside, it's an effect like looking through sunglasses; darker and a bit less detailed, but still pretty clear. I can also look over the top of it to see the proper colors of everything. 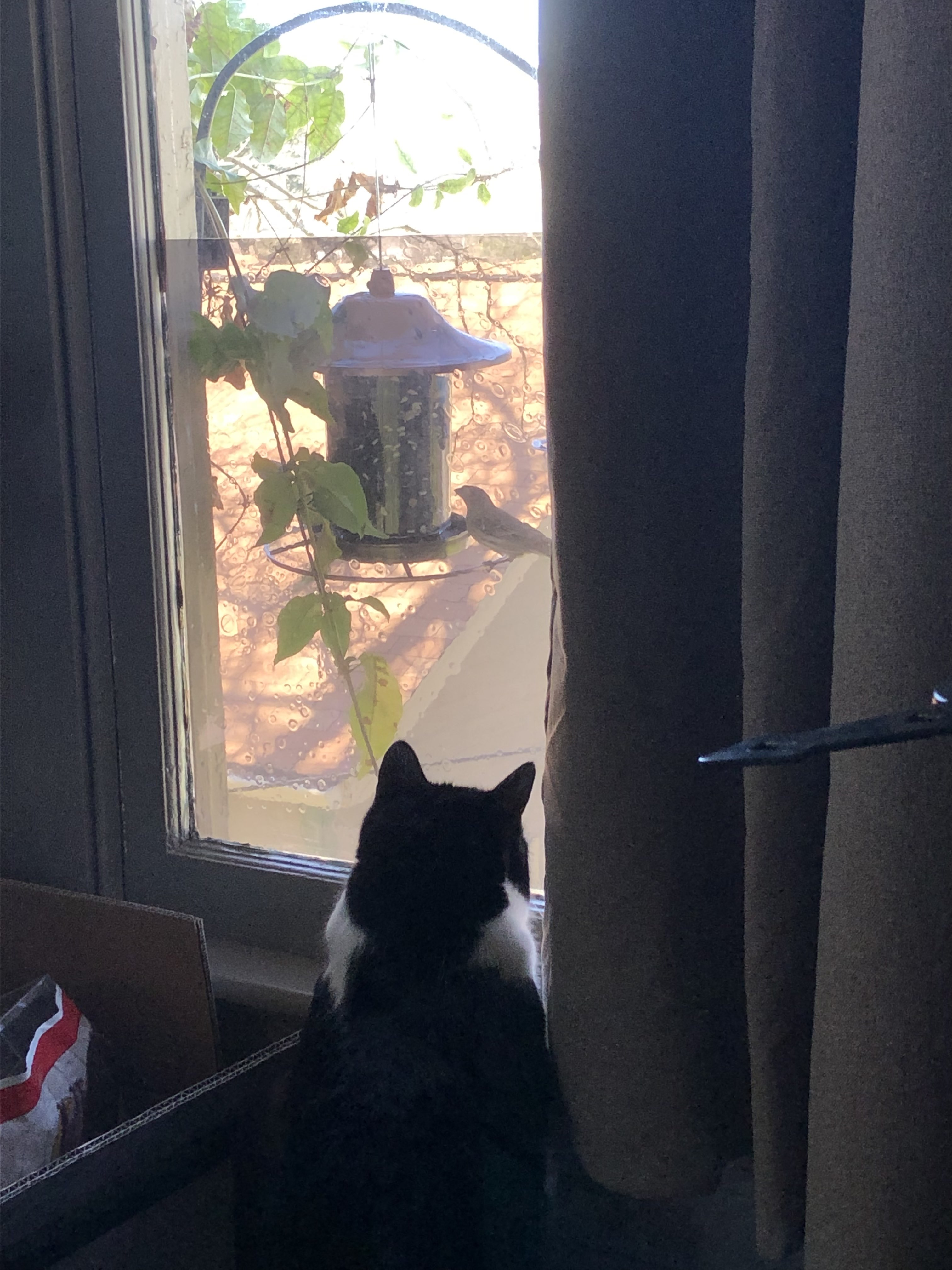 I need to peel off and re-install the film, and this time use an actual squeegee to remove the bubbles. It's applied by covering the window in soapy water and just putting the film on. Something about static cling. You're meant to smooth it with a squeegee, but I couldn't find one, and it turns out using your hands to smooth the film doesn't work terribly well.

The cat doesn't care, of course. She's fascinated. The birds can't see her at all, and don't react even if she puts her little paws right on the window. They're still a little jumpy, probably expecting her to appear like she's been doing every time they've come up in the past, but I figure they should calm down eventually. So far it's just been Mr and Mrs House Finch, whose presence will hopefully lure other birds in.

I've discovered that I can come up to the window without the birds seeing me, if I stay low to the ground. It's really neat; I've just gotten to watch a House Finch opening seeds from less than two feet away. That's the main reason I want to smooth out the bubbles, so I can enjoy watching them myself. I'm going to add another hook for a suet feeder and a mealworm dish, and hopefully, between seeds, water, suet, and mealworms, I can get some up-close looks at all sorts of birds. It's also fun to watch the cat sit and be fascinated. The 100% ethical way to entertain your cat with native wildlife!

P
Sometimes I think I'm laying out a smorgasbord for the Cooper's Hawks.

G
How can I protect a nest from crows?

B
Question about feeding mallards close to house.