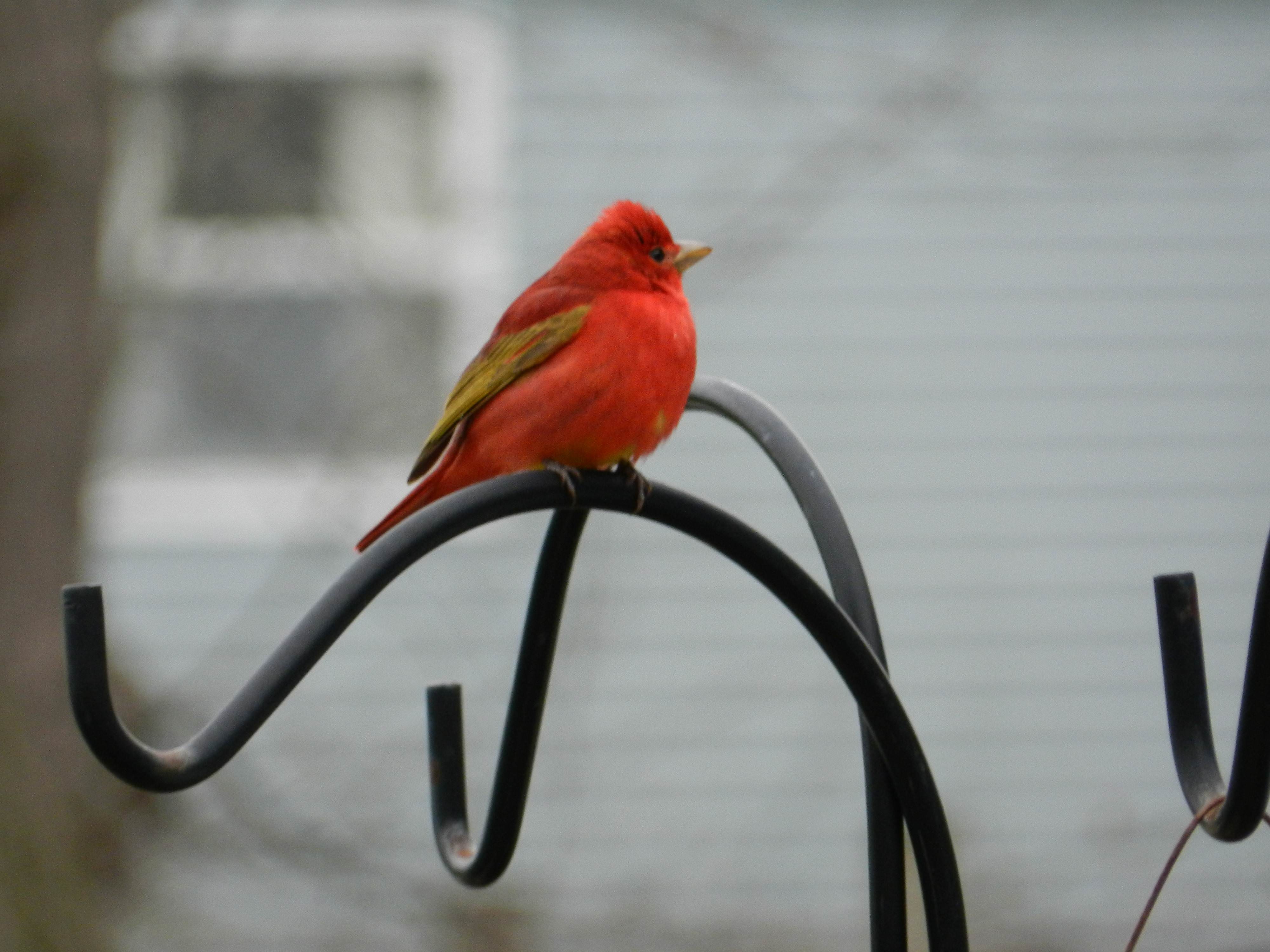 https://imgur.com/RfrBISg
5/4/2018 Been seeing this in SE Wisconsin, U.S.
I was thinking Scarlet Tanager but the wing color is off and it looks a bit plump. It's about the size of a Northern Cardinal and I've actually seen a male Northern Cardinal chase it off the oriole feeder a time or two,
It loves the oranges that I've put out to attract orioles by the way if that will help with identification.
Last edited: May 4, 2018
B

It's a young male Summer Tanager. A decent bird for Wisconsin, I think, but probably not too rare.

Yes, a male Summer Tanager and so nicely captured. Congrats if it is a lifer for you :t:
I

Hmm, the NAS field guide to birds I have I looked at the Summer Tanager but thought the beak color was off and this bird looks plumper like a cardinal. it may be just puffed up because it is a bit windy with a chill in the air today.
Also the picture of the male in that guide does not show much of any coloration on the wings, is that because this one in the picture is young? Definitely a odd color on the wing that is for sure.

I'll accept both your ID's as I've personally never seen a Summer Tanager in the feather and neither have any of the neighbors as they could not ID it either. Hopefully a female will appear and our area can usher in a new generation.
Last edited: May 4, 2018
B

The greenish color on the wings is because it's an immature male. When they transition from their first-winter olive green plumage to their adult male red, they are a mix of red and pale greenish patches.
S

A very different color in different stages of early life.

Yea saw your thread before I posted yesterday. I did not think it was the same bird as the beak on the one you uploaded looks so long unless that is an illusion and it may be part of a branch or something.

Anyways he is still hanging around and like I mentioned hopefully a female shows up but not holding out much hope, like I said first time I've ever seen a Summer Tanager around here in my 50 years living here.

Now just have to figure out why he eats at my oranges/oriole feeder but the orioles will not but the orioles eat at my neighbors feeder which is the same as mine as I made them both.
Never had issues other years with the feeder in the same spot but the last 2 years the orioles just avoid my feeder for some reason. Three or four years ago even had a whole oriole family (Mom, Dad and young) eat me out of a jar of jelly every other day.
You must log in or register to reply here.
Share:
Facebook Twitter WhatsApp Email Share Link
Top