Peter, post 197,
St Nicolas poems are top secret and only available for the persons they are directed to, otherwise the old bishop becomes very very angry. And the consequences are rather serious....
Gijs van Ginkel
M

My impression of my brand new Zeiss Victory SF 8X32 after six years use of Swarovski EL SV 10X42.

Supporter
Angenieux is highly regarded for its lens expertise, even if their public profile is low.
Iirc, Kubrick had them provide an exceptionally fast lens for some scenes in 2001. I'd not heard of them making binoculars though.
E

You can read a history of Angénieux here

The founder of the company simplified the computation of lenses, which allowed him to create more complex designs. Pierre Angénieux received two Academy Awards, which I guess means his products were well known.

As I recall, Angénieux perfected the zoom, and his consumer department later got snapped up by the Japanese, maybe Tamron, when the big SLR zoom fashion hit. They were also I believe a very appreciated supplier of remote sensing optics at a time when there were basically two nation-state customers for such things, and of course binoculars for various military and law enforcement purposes. I think their expertise in binoculars can still be found in some military nightvision, rangefinders or aiming devices under the Thalés brand, eg the nightvision optics used by Rafale fighter pilots or french army helicopter pilots.

One will occasionally see used Craigslist type ads for their small roof binoculars eg 8x24, which I think were issued as "Dienstglass" to law enforcement, their original 35mm still camera zooms which were much appreciated, quite a number of 16mm and 35mm cine lenses, and also I seem to recall that a considerable number of ancient Kodak camera sold in France had Angénieux lenses due to some strange customs rules.

In summary Angénieux was a french optics brand that got pushed to the high end like most European manufacturers, and then disappeared/merged.

Staff member
Supporter
Thanks for this background Edmund.
Lee
G

Edmund, post 204,
In the test of the Swarovski 8x42 Pure NL and the Zeiss Victory SF 8x32, I have published on the WEB-site of House of Outdoor I have devoted a section to the history and production programme of Angenieux. A small test of the compact roof prism binocular including its transmission spectrum is included as well. As I have already written before (if I remember well) Angenieux is never mentioned in the publications, lectures etc. from the Binocular History Society including the books and publications by Dr. Hans Seeger, Dr. Steve Rohan, Peter Abrahams etc. So the Angenieux binocular programme is somewhat hidden in the mist of history. I had a mail (ordinary paper mail I mean) exchange with the directorate of Angenieux dating from around 1990 and they did not mention any binoculars except for the 7x30 roof and the 8x24 porro described in my report mentioned above. Nevertheless there are indications that the company may have made binoculars for the military .
Gijs van Ginkel
E

You could ask Angénieux about their history of long range optics

Edmund, post 207,
I could write to Angenieux, but I will not, since my experiences in the binocular collectors world are of sufficient magnitude, that I do not want to waste my time. Angenieux has gained world fame with the the concept of retrofocus, with their zoomlenses (some of their optics was used by the American space programme, a token of its international quality reputation) and I am curious whether a search on internet will help a lot, but I leave that to other collectors/binocular enthousiasts. I was fun however to look at the performance of this 1990 7x30 roof prism binocular.
Gijs van Ginkel

eronald said:
As I recall, Angénieux perfected the zoom...
Click to expand...

Of course when you say "perfected" that was by the standards of c.1975... Two Angénieux zooms (28-70 and 80-200 I think) were offered for Leica SLR cameras back then, possibly the first ones. Subsequent Leica-branded models were made by Minolta... some connection perhaps? I had no idea Angénieux had also made binoculars, but I don't follow military/government models.
G

tenex said:
Of course when you say "perfected" that was by the standards of c.1975... Two Angénieux zooms (28-70 and 80-200 I think) were offered for Leica SLR cameras back then, possibly the first ones. Subsequent Leica-branded models were made by Minolta... some connection perhaps? I had no idea Angénieux had also made binoculars, but I don't follow military/government models.
Click to expand...

When I say perfected I mean perfected.
They got yet another Oscar in 2009, again for some zooms which presumably were still then considered ok.

As we all know, the french historically were some of the first and very enthusiastic camera and lens users, as Niepce and Daguerre imported Kodak cameras from the US back in the 1820s and 1830s, and the Lumière brothers were enthusiastic adopters of Edison’s cine camera. As a result, local lensmakers prospered. ;-)

One of the great German successes of the last century was their transition to a democratic society; another was the final and permanent bankrupt state of the French and British after the second world war, which mostly relegated the engineering industries of both countries to the category of international joke, whereas Germany rebuilt its industrial base. It is therefore easy to forget that historically France was able to translate its science competence to the design of high tech, and even manufacture items.

Angenieux seems to have thrived over the years on all the edgy and wierd and wonderful custom high end stuff, including pro cinema lenses, broadcast tv lenses, photo reconnaissance and spy satellite optics, and nowadays all the wierd IR, nightvision, aiming and remote sensing optics which supply the eyes for the heavy military hardware that is still a local export staple. I would assume Zeiss do the same although they stay in the public eye as a consumer brand.

eronald said:
One of the great German successes of the last century was...
Click to expand...

What a curious response. The fact remains that one cannot speak of "perfecting" zoom lenses for the standards of still photography 45 years ago (when the Angénieux name was last seen, on lenses that you've reminded me had been designed for cinema) because more recent designs are so very much better, but I now doubt that this conversation is worth continuing at all.
P

tenex said:
What a curious response. -
Click to expand...

And wrong on so many levels...

But you were right: Angenieux made several innovations in camera lenses in their time. They ceased all production in 1994 after building lenses for other brands and then under their own. This was not a success: good zooms and primes but not really better nor cheaper than the competition.

Staff member
Supporter
QUOTE:
I would assume Zeiss do the same although they stay in the public eye as a consumer brand.

Zeiss sold its military business to Airbus some years ago.
Lee
E

But you were right: Angenieux made several innovations in camera lenses in their time. They ceased all production in 1994 after building lenses for other brands and then under their own. This was not a success: good zooms and primes but not really better nor cheaper than the competition.
Click to expand...

They still seem to be sitting there selling $14k cine zooms, although for all I know these might be rebranded chinese products 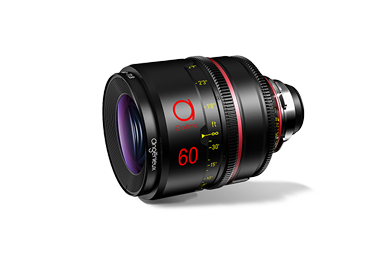 ANGENIEUX Angenieux has a long history making some of the most dramatic, respected lenses in the motion picture industry with roots dating back to some of the earliest cinema zoom lenses. Today, Angenieux provides several distinct lines of zoom lenses perfectly suited for productions ranging...

What I heard re their consumer zooms at the time was that a japanese third party lens brand needing a zoom product bought them out, which would be another explanation of how the competition’s consumer products ended up being as good as theirs

however my impression was they kept doing all the more upmarket cine stuff. If you think the cine lenses are rebrands, whose would they be?