i had an hour and a half walkaround in the searing heat today,at the 2 ponds beside the toilet block i found the first pond bone dry,this is usually deep water,the second pond had water in it and goldfinches were having a drink,i was trying to get a pic of them when an egret flew over,the egret was quite low and looked like it was landing,i only managed to get 1 pic of it i recently reset my camera settings and forgot to change the one shot to continous shot ,from looking at my camera pic i couldnt see yellow on the legs i sent stonefaction a pic from the back of my camera to get his opinion he noticed that the legs were a bit paler looking and now checking the pic on my computer i can see this myself,i went looking for the egret at the hide area and around invergowrie but couldn,t locate it,a shellduck with 8 large juvs had appeared on the pipe when i was away,the adult was kept busy keeping the carrion crows in check,lapwings were also feeding,around at the lochan the moorhens have 4 chicks and 2 lssb gulls had there eyes on them but were chased off by the adult moorhens,a single stockdove was also here,the heat has certainly affected the smaller birds today 2 weeks ago there was bird calls everywhere and feeding activity throughout the park today virtually nothing,the magpies were showing well as usual this year a pair built a very low nest at the car park earlier in the year,i was able to watch the nest building from a very early start to the nest being built right up to 2 birds fledging without leaving the car

I think the black bill suggests it is most likely a Little Egret. Most of the recent Great White Egrets photos on Twitter show yellow bills (though one did still have a black tip covering a similar area to that on show here). Juvenile Cattle Egret has a black bill too, but I'm not sure the shape looks quite right. Little is still the most common Egret species around here, so on the basis of probability and the bill/legs if I really had to put a name to it, I'd go with Little. Little is already on the park list (number 130). If it was me though I'd probably just leave it as Egret sp. though (unless it is seen again).

Popped down to the park yesterday and decided to try to find 50 species. Started relatively well with an overflying patch tick for me, a Crossbill, (second record for the park, I think) as well as an unseasonal flock of Greylags among the initial rush. The second half proved much harder and it did look like I was going to stall just a few species short, though my second (and fourth in total) Marsh Harrier over the park was avery welcome addition even if I screwed up most of the photos. Sand Martins passing through, a Blackcap and a Song Thrush eventually took me to and past the target figure to 51. Decent enough day out though a few relatively surprising 'missing' species such as Skylark, Common Gull and Long Tailed Tit and low numbers of most waders except Redshank and Curlew.

Do you think the Harrier is resident on the river, there's plenty of places for them to breed?

It is highly likely to be one of the birds that breed in the Tay reedbeds and which start around a mile to the west of the park. However, there is also the chance that this one was a bird on the move back southwards after breeding somewhere north of here. It gained a bit of height over the park and seemed to be blown eastwards out towards the airport and then turned south before drifting back westwards up the river. I lost sight of the bird owing to the layout of the park (behind the hill) and distance so didn't see if it continued westwards or south. As it is at least the 3rd time this year a Marsh Harrier has been seen at the park, it may well be a local extending its hunting options.

40+dunlin in the bay today plus 1 unknown wader

kawwauser said:
40+dunlin in the bay today plus 1 unknown wader
Click to expand...

I suspect it is most likely another Dunlin. There are a couple of broadly similar looking birds in the shot. Bill looks like it should be of a similar length to Dunlin and structurally it doesn't look too different. It does look rather white on the belly and breast which does throw a little doubt into the mix, but without seeing the bird myself I couldn't say it is definitely 100% one thing or another.

Managed to add a very unexpected species to the park list today. A ringtail Hen Harrier! It appeared to the south over the ground to the west of the airport and then flew across the bay, upsetting the Sandwich Terns, before flying over the houses overlooking the bay then circling up before I lost sight of it. A few minutes later I added a second Harrier species - this time a Marsh Harrier (my 3rd sighting this year at the park) as it too circled up over Invergowrie. A few Ospreys around too over the river and the bay. A Sparrowhawk went through low over the bushes as I scanned the bay and I eventually managed to add a Buzzard as I was considering packing up. (The Sparrowhawk pic is from Dundee Law earlier in the morning). 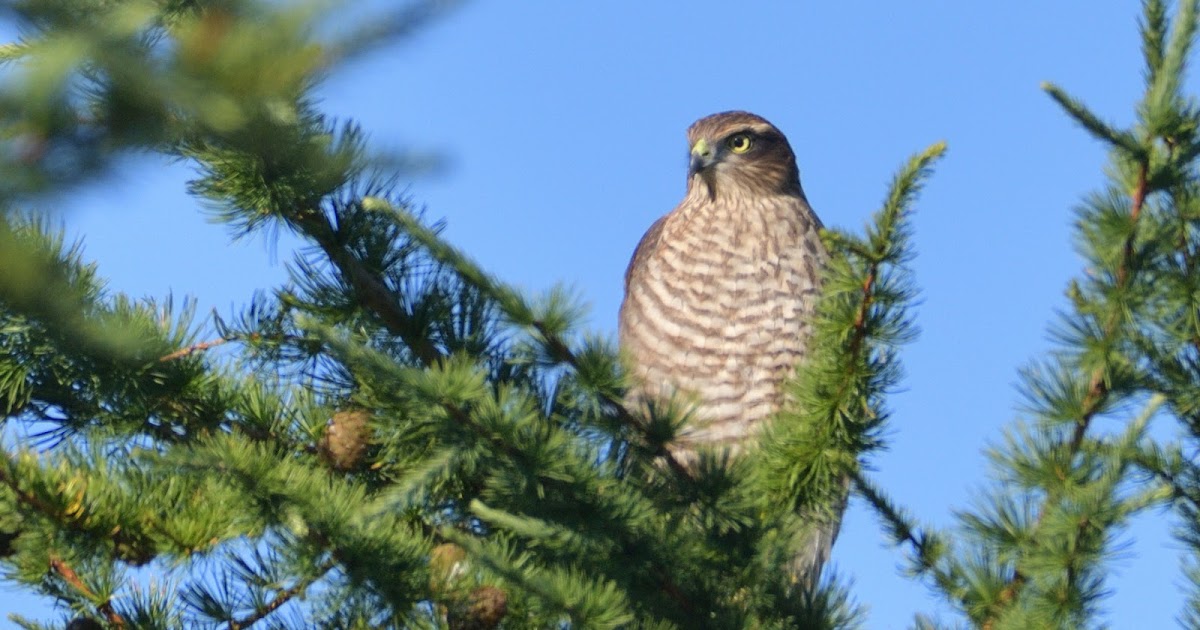 Sparrowhawk The heat returned with a vengeance on Wednesday. I had intended (again) on an early morning visit to the top of the Law to see w...

Blog-post about the above visit now online which fills in a lot more detail about the visit.

caught this wader feeding with a godwit last week,greenshank?

I can't make out much detail but I get more of a Redshank feel than a Greenshank. Greenshanks tend to stand out with the white being very white and the birds themselves really obvious even from a distance. The head and neck is paler looking than the back/wings, unlike Redshank. They also look slightly more elegant than Redshanks do.

cheers ,welldone on the new bird for the park too

kawwauser said:
cheers ,welldone on the new bird for the park too
Click to expand...

Cheers. Wasn't one that was on the radar for likely new additions, but one I was well chuffed to catch. The extreme west end of the city seems to be really good for raptors (and owls) and it is definitely always worth checking any distant raptor-like dots - you never know what they might turn out to be. Red Kite, Marsh Harrier, Hen Harrier, White Tailed Eagle, Peregrine, Kestrel, Sparrowhawk, Buzzard, Barn Owl, Long Eared Owl, Short Eared Owl, Tawny Owl (& escaped Saker Falcon) have all been noted from or over the park/Ninewells/Tech Park area. Hopefully Honey Buzzard or Hobby next (think one has been seen over the airport before).

there was a shovelar on the lochan this afternoon,it spent a good 20 mins sleeping until a low flying sparrowhawk panicked it ,i noticed the sewer pipe seems to have come apart the sewage certainly wont be going out as far as its meant to

The Shoveler has been on the Lochan since at least Wednesday. I'm not sure if that pipe is still in use (I thought not but may well be wrong), but might be worth letting Scottish Water know via an email, just in case it is and they are unaware of the damage.

In addition to the Shoveler found by Keith Edwards, there have been 2 Ruff (Thursday till today at least) and at least 1 Curlew Sandpiper seen at the park today (also found by KE). A new butterfly (Speckled Wood) for the park was found on Thursday by Lainy McCormack who recently also added Dark Green Fritillary to the park's growing butterfly list. I had a sighting of a new Dragonfly species for the park on Friday with a Common Hawker (I think) near the Lochan. The Kingfishers have been seen regularly at the burn outflow and Ospreys have been almost a constant sight at times with 3 birds at the bay at one time on Friday (2 circling above while a 3rd caught a fish), though the numbers should start to drop off to more or less zero over the next week or so.

Keith Edwards has today added another new species to the park list with a couple of Sanderling being seen with Dunlin in the bay. At least 10 Curlew Sandpipers in the bay too, which is a really good count.

Keith Edwards has once again managed to add another species to the park list with a lone Grey Plover in the bay today (Keith's photo attached). I had an escaped Saker Falcon hunting over the bay at the weekend (2nd pic - but not being a wild bird means it doesn't count on the list), and there were still at least 3 Curlew Sandpipers around yesterday when a young Peregrine (3rd pic) was upsetting the waders. The Shoveler is still around at the Lochan (4th pic), and Snipe have been showing regularly there too (5th pic).

I'm rather surprised Grey Plovers have been so long in turning up there Barry!!!

Perhaps now they'll find out what they've been missing LOL

delia todd said:
I'm rather surprised Grey Plovers have been so long in turning up there Barry!!!

Perhaps now they'll find out what they've been missing LOL
Click to expand...

Incidentally, Golden Plover is another one that is missing from the park-list, despite actually featuring on the information boards that were put in when the park opened.