Some of our China endemics pics (1 Viewer)

Chengdu Bird guiding – [email protected] - Chengdu, Sichuan, the gateway to Tibet - to see more travel pics of Sichuan go to my travel blog at - http://chengdutravel.blogspot.com/
To see more of our birding pics go to - http://sichuanbirds.blogspot.com/
Apologies to our blogspot readers - although it's good news that China readers can again view Flickr images, I'm afraid blogspot is still blocked by the Chinese censors - so at the moment it’s hard to update our Sichuanbirds site - but we're trying to work-out a cunning way to get around this problem. 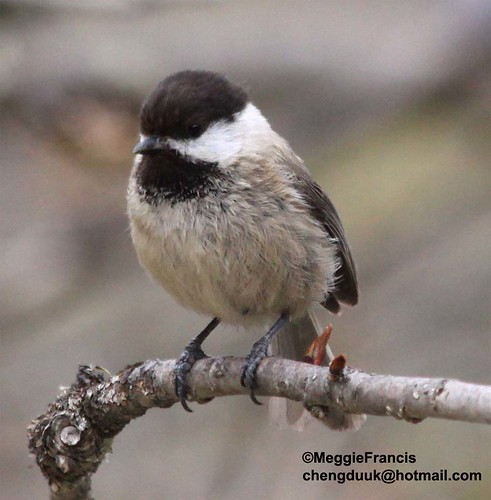 Songar Tit - seen, on the road between Haunglong and Jiuzhaigou, I haven't even got this species written down on the list I gave in my blog article on Sichuan as the major hotspot for Chinese endemics!!!! The problem is that some authorities treat the bird as a subspecies of Willow Tit (Parus montanus songarus), while other treat it as a species in its own right - Parus songarus
(by the way I've just revised the list in that endemics article - you can find it here - http://www.birdforum.net/blog.php?b=996)

The birders we guide around Sichuan are naturally very interested in building a large collections of China endemics - and this year our "endemics hunt" - was well recorded by Meggie's camera. 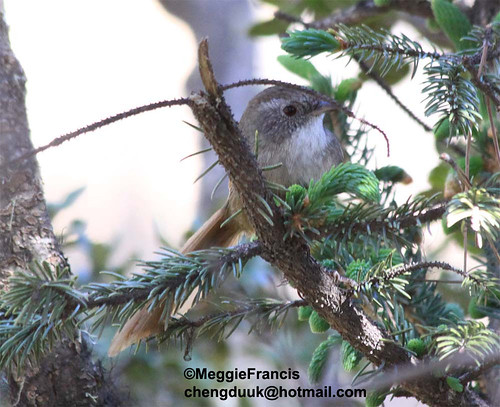 Rufous-tailed Babbler - no doubt about this one as a separate species - this bird is a darn good tick!!!! The bird was found close to a town called Yajiang - on the eastern edge of the Tibetan Plateau - the same location gave us 8 other endemics during a morning's watching - Songar and Black-browed Tit, Chinese Fulvetta, Yunnan Nuthatch, Elliot's and Giant Laughingthrush, Pink-rumped Rosefinch, Hodgeson's Redstart. And that's not mentioning all the other stuff this place has to offer - including the Blood Pheasant and Buff-throated Partridge that find feed, sanctuary and protection in an area that surrounds a Tibetan Monastery.
And on the subject of Monasteries - we've just discovered the existence of another bird and animal protecting monastery - about a couple of day's drive further up the road - that, being higher than Yajiang (over 4000m), can boast Tibetan Snowcock, Ghoral, Blue Sheep and Ibisbill - to the Monastery Fauna. This will hopefully be one of our up-and-coming future destinations. 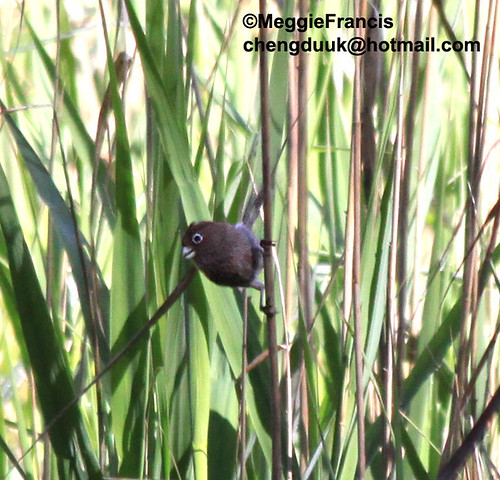 Spectacled Parrotbill - seen on reed-lake at Jiuzhaigou. We heard these birds a long-time before we could see them (listen hard - because they ain't that noisy) - it actually took me playing calls of a Golden Parrotbill flock to entice a bird or two into an area where we could clearly focus on the spex and that striking lightish colored bill. Since there are only 3 pics of this bird on OBC Images - we can assume that we were lucky to get the birds to come as close as they did!!!!!! 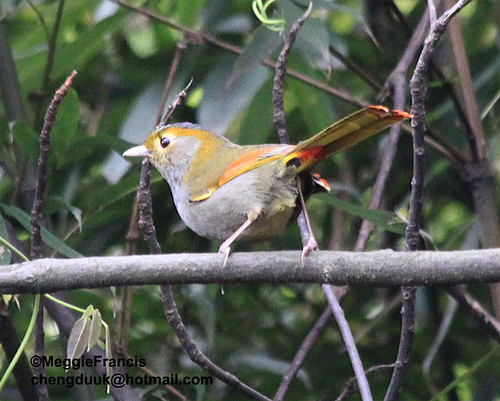 Emeishan Liocichla - a very range restricted bird. The best place to see this one is close to the lower cable-car station at Wawu - just where the entrance road goes into the carpark. A typical gregarious, family-flock Laughingthrush - the flock that we usually take our guests to view seems to like living close to the rubbish dump!!!!! But these birds can also be secretive - even though its usually pretty easy to hear them calling amid the thick tangles of scrubby undergrowth that makes up good Liocichla habitat.

Actually the problem of dumping visitor rubbish in parks and reserves can be seen as a major environmental problem - but when the stuff attracts the type of endemics that our guests are gasping to see - well it does bring to mind that grand old saying - "where there's muck there's money !!!!"
Click to expand...

A taff living in Sichuan · 61 · From chengdu sichuan china
I'm British...but at the moment I am living and working in SW China...I'm particularly interested in digital bird photography.

As a team - we're also half Chinese - and it's the Chinese half who takes those photos!!!! 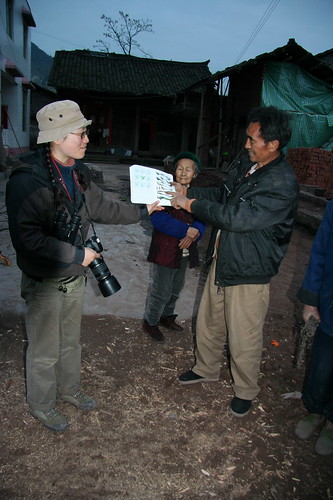 Here's the Chinese half getting info from a farmer on the local Pheasant population - the Brit half of the team's communication skills have still not really passed the stage being able to order a cold beer with his fried rice!!!!!

Great to see the Spectacled Parottbill making an entrance and the Emei Shan as well.

As you say it is always the mucky places that bring up the rarities, at the beginnng of this year there was a Glaucous Winged Gull that was the 2nd only in the UK which decided to make a temp home on the local rubbish dump for about 2 weeks.

Here's where those Parrotbills live - Jiuzhaigou a pretty stunning park!!!!!!
And this time these are my pics - just to prove it ain't just Meggie who owns a camera. 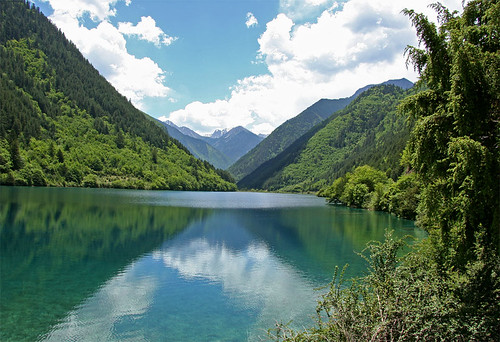 JZ is a big park of valleys and vivid blue lakes (the intense blue of the water is caused by calciun deposits). 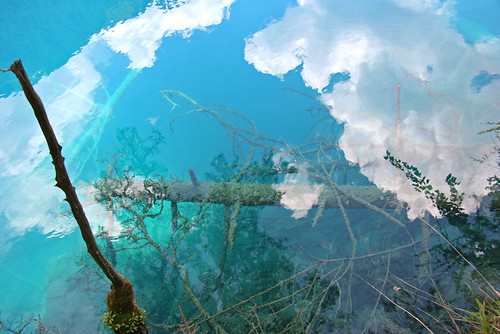 That's a reflection in the lake that feeds on down to the Reed Lake - the preferred habitat for the Spectacled Parrotbills.

And just so the other half don't get into a huff that I'm not using her pics - here's a portrait of the mighty Parrotbill hunter, resplendent with weapon - the very day she shot her Parrotbill. 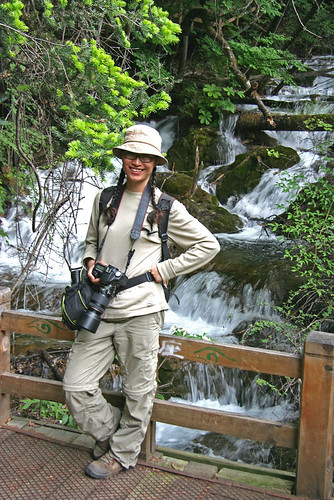 Hi Sid and Meggie,
Nice Emei Liochichla pic, especially - the only time we got one in the open it was very dark and very wet.... same place at Wawu, though.
Regards
John and Jemi
You must log in or register to reply here.