The Swarovski ATX, 115 spotting scope comes with a crystal-clear view. Outstanding snap-to focusing reminiscent of the NL Pure binocular, and very high brightness for this kind of magnification. First time viewers so far have all been pretty awe-struck by the image in this scope.

My kit came with the 1.7X Swarovski magnifier that you mount between the focus and zoom ring (individual street price $400). I have yet to use it. Have yet to think at 70X, "boy, going to 120X would be nice". However, people who've use it on this forum swear by it; and, the commenter above who said the 115 with the 1.7X extender is virtually as bright as the 95 without the extender; if that is true, it is a remarkable achievement by Swarovski. The extender is seen mounted in the picture before the dog. The last picture is from the internet, not taken by me.

I did not buy a tripod with a center column, and I darn sure didn't buy aluminum. I bought a 4.5 lbs. carbon fiber Gitzo GT3533LS with a 55 lbs. capacity. Awesome decision. I just flip out the bottom 1/3 legs and it is perfect for standing, or collapse them if I have seating. Supremely stable and I never miss the center column. 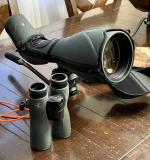 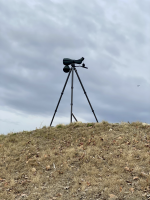 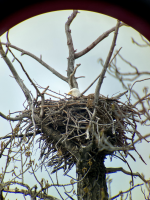 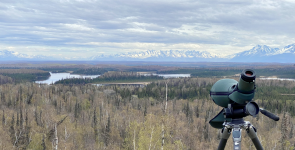 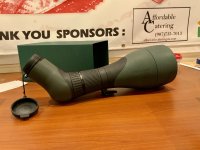 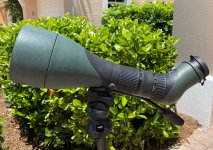 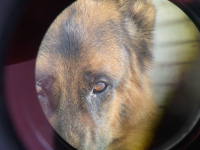 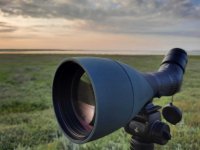 I use a STX 95 with eye-glasses and have no problems with the eye-relief. Those that have problems can purchase a more eye-glass friendly eye-cup version.
B

I read Dwever's excellent review before purchase and I completely agree regarding image quality. First time scope user after trying the BTX on a Gitzo tripod with Wimberley Head .
Agree it's heavy but definitely worth it for the clear, bright, rock steady, detailed views you get with fatigue free viewing . I tried the balance rail but it wasn't necessary on my rig and seems somewhat over engineered with no safety stops possible . I also thought the Stay On Cases don't add much in the way of protection against impact so I've gone for a padded Marsupial case

The only thing I find doesn't work well on the stay on case is the eyepiece part. Not easy to release for viewing whilst keeping it connected. Anyone else feel the same?

Oct 2, 2021
WarblerWhisperer
W
B
Any ideas to stop Swarovski ATX 115 AS foot sliding out of Wimberley Head clamp ?