I'm not too sure really. They've been very successful rearing chicks at LoL mostly. A couple of years ago one died after getting trapped between branches at the edge of the nest.

You might find this site useful: Main Index this has a lot of data on various nests throughout the UK.

Such a shame, but at least it's been spared the battering from the hail stones today!!
B

A walk round the field at the side of the village, Skylarks, Whitethroat and Sedge Warblers all singing, good numbers of Swallows over the Rape Seed field with a couple of Sand Martins, couple of Carrion Crows mobbing a Buzzard as it flew over our house. Greenfinch seem to be nesting in our garden along with Wren, Blue Tit and Blackbird. Setting up my camera trap tonight, we get a lot of Pipistrelle Bats in our garden, and want to see if they are using the box I put up last year on our Birch tree.

A trip to Fife (first time since October) with a couple of pals in search of migrants at Kilminning was fairly successful. Red Backed Shrike, Icterine Warbler, Spotted Flycatcher and Garden Warbler (and "Northern" Willow Warbler) all being seen to varying degrees.
Story here... 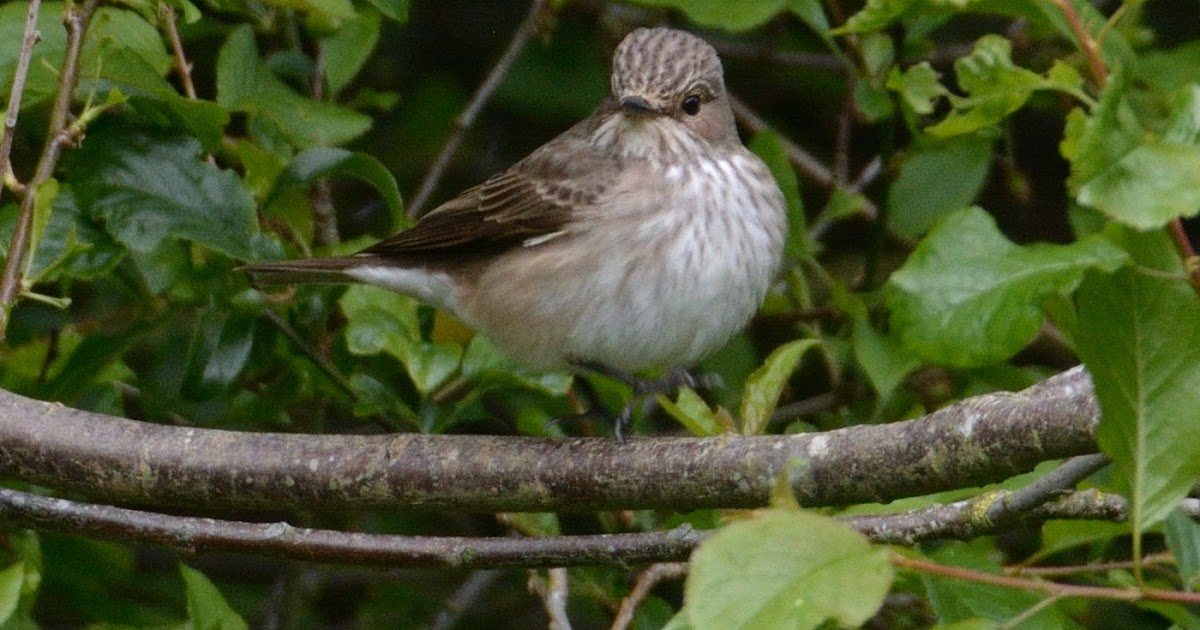 ....After a quick change into more suitable clothing for warmer conditions, I headed out at around 1010 to meet up with Lainy and Adam for o...

As you can see from Stonefaction's report above, there was a good movement of birds in Fife last week. For various reasons I was not able to get away until today. Today turned out to be too late!

It started off well at Crail, with Grey Partridge and Corn Bunting, both being year firsts for me. Kilminning though had nothing in the way of migrants passing through, although it was good to see the sun. Likewise, Fife Ness Muir held nothing but the expected. A short session of sea watching at the Ness proved pretty fruitless, and by the time I left, just after midday, the sun had disappeared and a fog was rising.

Eden Estuary was next. It was pretty bleak with only a few expected species added to the day list.

Stopping off at Letham on the way home, I spoke to another birder, who proceeded to tell me about all the birds that had been there last week. That made me feel a lot better! Though I did find my first Swift of the year there.

And finally, I dropped in at Mountcastle, where I spotted another year first with a Garden Warbler.

After I left Letham Pools yesterday, a bird of particular interest turned up there. At seven this morning, the bird in question was reported as still being there. I thought about shooting across, but decided to wait and see if more reports came in to show it was settled there, and had not just roosted overnight before moving on. At two this afternoon, another report came through on FBN. The bird was still there and sleeping in the grass. I only picked the message up at three, but decided to make the dash across Fife.

Arriving at the pools half an hour or so later, I was slightly concerned that there were no other birders on location. I needn't have been, because after a few minutes scanning the mixed Mute Swan and Greylag flock, I found my lifer target. My first ever Egyptian Goose.

And the cherry on the cake was a Little Gull having a dispute with the resident BHGs. Another year and Fife tick. Could my birding year finally be turning a corner?

I knew it was probably a bit early, but I decided to try for Whinchat today, up Glenvale in the Lomond Hills. Arriving at the carpark, I was met by hill mist, but by the time I had climbed halfway up the track to John Knox pulpit, I was walking in that rare scottish phenomenon called sunshine.

By the time I reached the pulpit, I was praying that I would find Whinchat, just so I would not have to come back in late june or July, when it would be even hotter. I took several photos along the way, but all were obscured by heat haze. Near the pulpit, I heard a Red Grouse calling, and at the waterfall, a Dipper flew off downstream. And on the path above the pulpit, a Stonechat appeared, but of its cousin, there was no sign.

I had turned back to head down the vale, when I heard the call. A Cuckoo up on Bishop Hill, seemingly located in a sparse group of gnarly trees. I headed at speed up a path that headed towards that location. I of course over did the “at speed“ bit, and came to a grinding halt on the slope. The path turned away where I stopped, and I did not fancy going cross-country to get closer. I could still hear the bird, but much scanning did not produce the goods, so with midday having just passed, I headed back down the slope, still hoping for my main target.

I reached the car untroubled by Whinchat, and as I now am feeling, slightly scorched in places.

On the way home, I stopped off at Portmoak, the actual moak, not the village. A quick examination of the dead trees out on the moak, soon produced a year first in the shape of a pair of Green Woodpecker. A nice way to end the day!

The male osprey at Loch of Lowes seems to have found a supply of Tench. I've seen two large ones brought in today. I wonder where they would find Tench in that area? Maybe a stocked commercial fishery.
B

Loch Dunmore at Pitlochry, unusual the Tench are normally on the bottom, they might be spawning in the shallows in this warm weather.

burnie said:
Loch Dunmore at Pitlochry, unusual the Tench are normally on the bottom, they might be spawning in the shallows in this warm weather.
Click to expand...

I doubt he'd go that far though. Many of the lochs between Dunkeld and Blairgowrie are used for fishing so may well be stocked with tench I guess.
B

Seems this male travels up to 30 kms when hunting, info from the Scottish Wildlife Trust.

How interesting. I didn't know they travelled that far. I'm surprised if he does, as there's so many places roundabout where they could fish
B

The birds at Balgavies nest on a Loch full of Pike and Perch, yet rarely hunt there, the male often takes Flounders from Montrose Basin and has been seen hunting at Kinnordy as well.

There is a loch (Lairds Loch) to the south east of Coupar Angus that is stocked with Tench. Fourteen miles away, so seems to be within range. Of course there may be a private fishery that is closer, but does not show up on Google.

A couple more Tench brought in yesterday, but they are back on the Pike & Trout this morning. Chicks are certainly not lacking for food!
M

Funny you should mention the Lairds Loch, as i was there last weekend with my daughter.
We saw a pair of birds displaying strange behaviour, but they were too far away for me to identify.
I'm pretty sure they were raptors, but i'm not experienced enough to identify them, though my first thought was ospreys.
The birds were soaring in short circles in a thermal at opposite sides of the circle.
When they gained a good height, they would fly to each other and appeared to grab each other by the talons.
They would then tumble downwards together for a good distance, then separate to soar upwards again.
This was repeated over and over again as they disappeared into the distance.
Any thoughts on what they could be?

Sounds to me rather like harrier behaviour. Either practising food passes or an actual food pass. The male hunts and passes the prey to the female who takes it to the nest.

Ospreys don't normally do this.

I'd love someone else to come in with more experience of raptors to help out here.

Red kites & buzzards both do that
M

As the birds were tumbling, i think there was a flash of grey, so that was why i thought 'osprey'. I've often seen ospreys in that area.
A lone common buzzard was soaring at the same time, but well apart. The flight seemed very different.

Mmmm.... I guess that could have been two Ospreys in a territory battle? There'll be a nest in the vicinty of that loch.

Birding On The River Almond & Cramond