The end of the line for our biggest trees? (1 Viewer)

It's called 'shrinking nature' .... I'm surprised that the Professor doesn't list one of the major causes ?? Bonus prize for the first person to mention it :cat:


This link is just out of interest as an FYI http://www.nationalregisterofbigtrees.com.au/

If the world keeps draining swamps and drying the place out, then the successors to these Old Growth giants have no chance of ever living to the age of their ancestors or hope to attain their size ......

It's called 'shrinking nature' .... I'm surprised that the Professor doesn't list one of the major causes ?? Bonus prize for the first person to mention it
Click to expand...

No - same old same old unfortunately - just draining the swamp (and not the one you're fixated on !
Degraded /destroyed hydrological cycles the world over .... :-C

Quote from the article in the OP:- https://www.australiangeographic.co...02/the-end-of-the-line-for-our-biggest-trees/
"In one Amazonian experiment, in which half of the rainfall was captured by ducts and removed from the forest, the mortality of smaller trees doubled, but that of the biggest trees shot up by 450 percent."

On top of that you have absolute Muppets in government. Forestry Tasmania sees fit to clear right up to these magnificent sentinels - leaving them exposed to increased wind loads, fragmentation effects, and excessive erosion, and artificial fertilizer loads - they even managed to burn one of the biggest ones down ! :eek!:
https://en.m.wikipedia.org/wiki/El_Grande_(tree)

The recent bushfires not only claimed the widest one, but singed the tallest one (making it crook as a dog) and may yet claim it ......
https://mobile.abc.net.au/news/2019-02-26/tall-tree-centurion-survives-bushfire/10758538

Something very special is being lost ...... :-C
Soon these "giants" may seem no more tangible than the mythical beasts in a Sinbad tale ......

'We will never see such trees again' 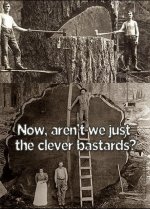 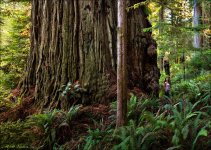 A Forgotten Forest of Ancient Trees Was Devastated by Bushfires

If not the biggest trees, some of the most ancient ....
https://www.theatlantic.com/science...Aj1ZN8npoo_ITwDH0eXzGM9Sru0IqZJlunQldnXFY9lT4

"Deep in the rain forest on the southern edge of Australia’s Nightcap Range, around 200 unassuming gray trees are among the last survivors of a fallen world. These are Eidothea hardeniana, trees that trace their roots to the bygone supercontinent of Gondwana, where long-necked sauropods grazed on towering conifers and flowers were an evolutionary novelty."

Logging irriplacable old growth trees is just lazy economic exploitation of a natural resource (and beings - see my avatar) that cannot be replaced in our lifetimes - if ever ..... :storm: :-C

There is only 0.47% of old growth alpine ash left in Victoria

Good news ! A small win in the face of a tide of destruction, and in the end it came down to people exactly like you ..... :t:

https://twitter.com/search?q=cubbington pear tree&src=typed_query
You must log in or register to reply here.

Falling out of trees - Dozens of dead Possums - blamed on extreme heat? or Man again?