Sunday evening is the time when people get ready for the coming week. It is also the time, when people get home after a fantastic weekend out of town to their favourite places. It was the same for me. Initially, I wasn't going to travel at all and just stay at home and relax. However, some family appointments took me to my home town: Petritch, South West Bulgaria. It's one of my most favourite areas in the country. The area where I have grown up and have to a large extent built up my personality. 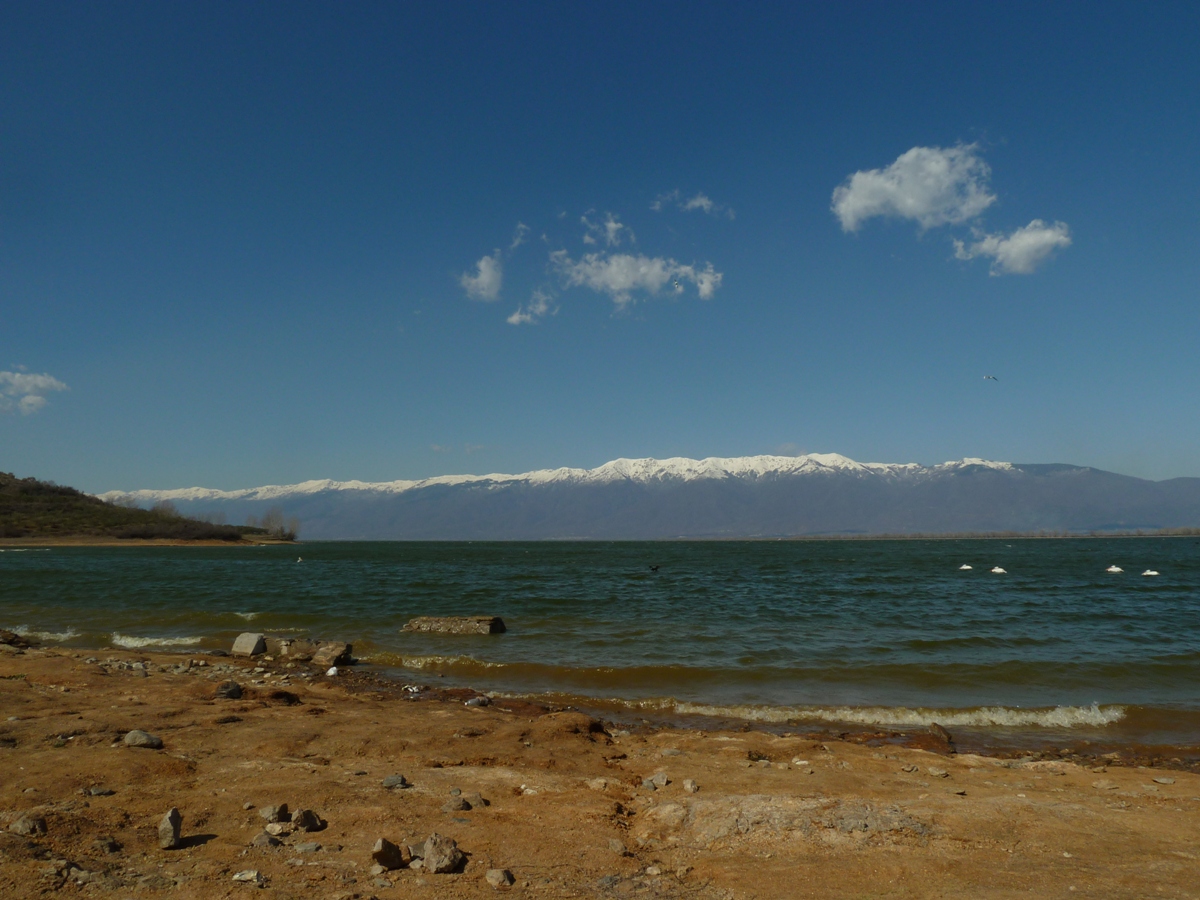 To make use of the trip I decided to go to lake Kerkini, not far from my grandparents place. So on Saturday morning I woke up, helped my grandparents with some domestic work and off I went. The weather was superb. Sunny. About 10 degrees. In the afternoon it reached 20 degrees so enjoying the worm weather I walked around with a t-shirt only.

Reaching the lake was a bit of a hassle. Although I've been there twice, I still wasn't sure how to get to some of the places. So driving around was a bit of a labyrinth job but I enjoyed it. When I reached the place I wanted to reach I felt like I have reached a target. However, the pleasant emotions were just starting. The fantastic weather, the snowy peaks of Belasitsa mountain and the water were rather promising. The good weather has triggered the bird migration and the lake was full with gulls and ducks. The majority of the gulls were Black-headed Gulls but there were also a few Caspian and quite interesting, there was also one Little Gull. It was a very nice surprise. This cute and elegant bird is always nice to see. It was a nice adult with black underwings. Walking along was pleasant and i was taking my time. Then, suddenly a familiar call attracted my attention. Common Cranes. I had never heard this call in live before but I have watched a good number of natural history programmes with the Cranes in subject. The birds took off from the shallows of the lake and gradually raised as high as the mountain peaks. This was the scene that again reminded me of the Siberian Cranes crossing the Himalayas. Fantastic moment. I wish I had a proper camera to capture this moment. The birds soared for a while and landed back in the shallows of the lake. There was a strong NW wind which prevailed them from crossing the mountains. 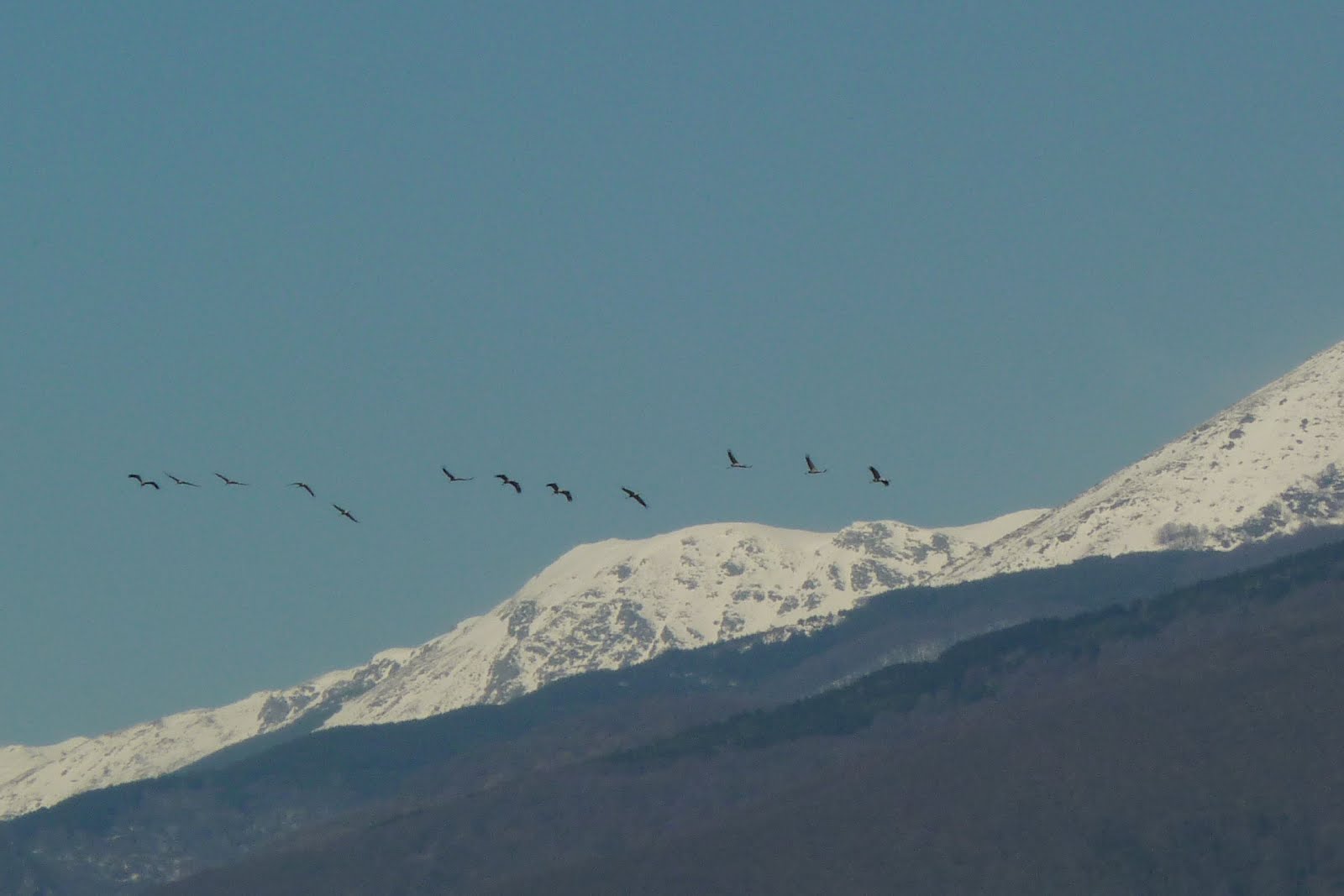 Further along the trail, a flock of Greater White-fronted Geese called and flied right above my head. I thought, "another fantastic moment".

Suddenly all the birds started flying around. Something has caused some panic. Looked up in the sky. An large raptor was approaching. From a distance I saw a huge bill and flashing white tail. The powerful talons of an adult White-tailed Eagle were suddenly hold out and the raptor grabbed a Coot. What a sighting! 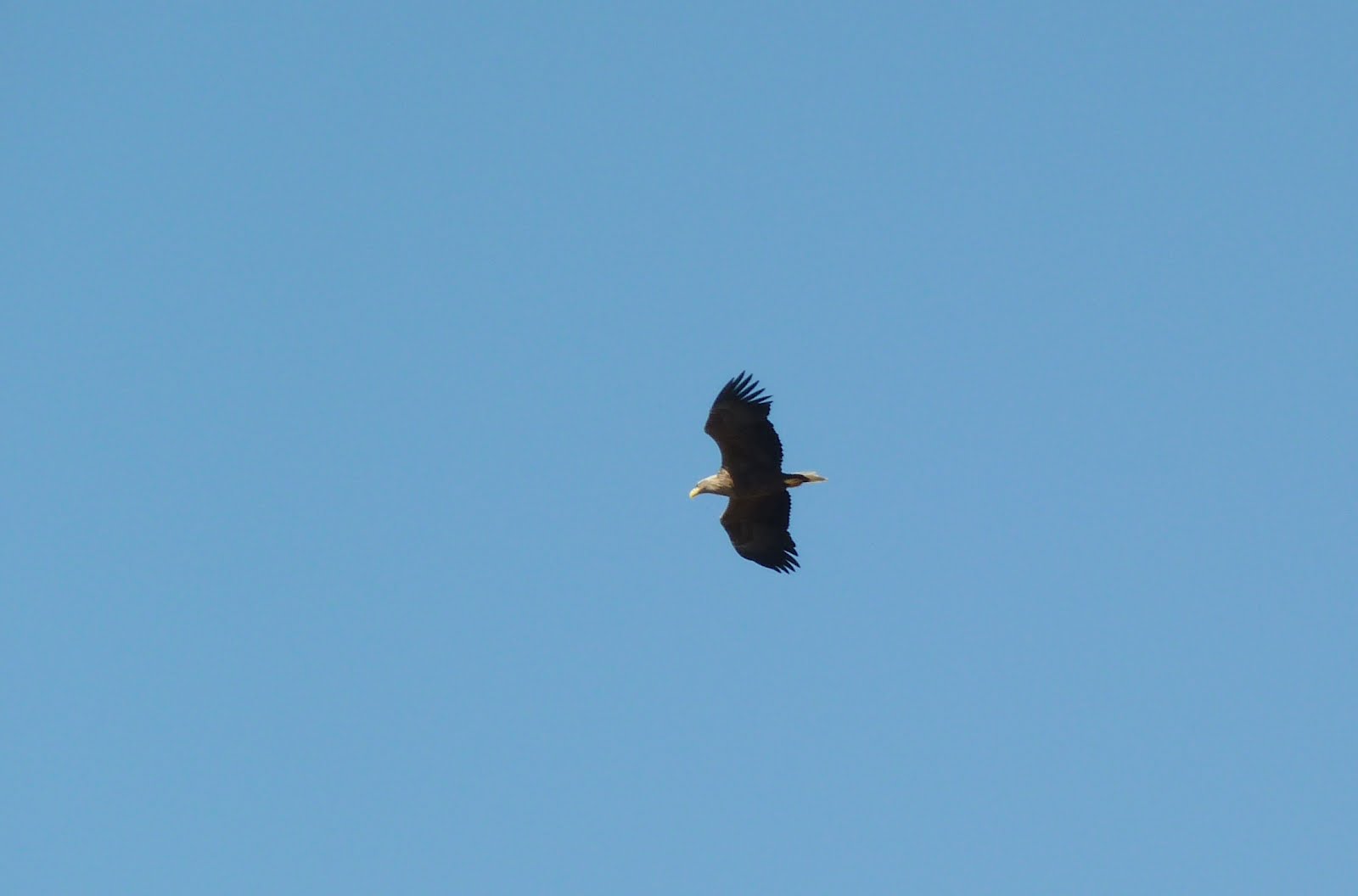 After this spectacular moment of Nature's intimate moments I carried on further along the trail. In the distance another mass of birds was flushed. This time it was two Greater Spotted Eagles. However, several Hooded Crows started mobbing them and the raptors couldn't have their catch. This time though... 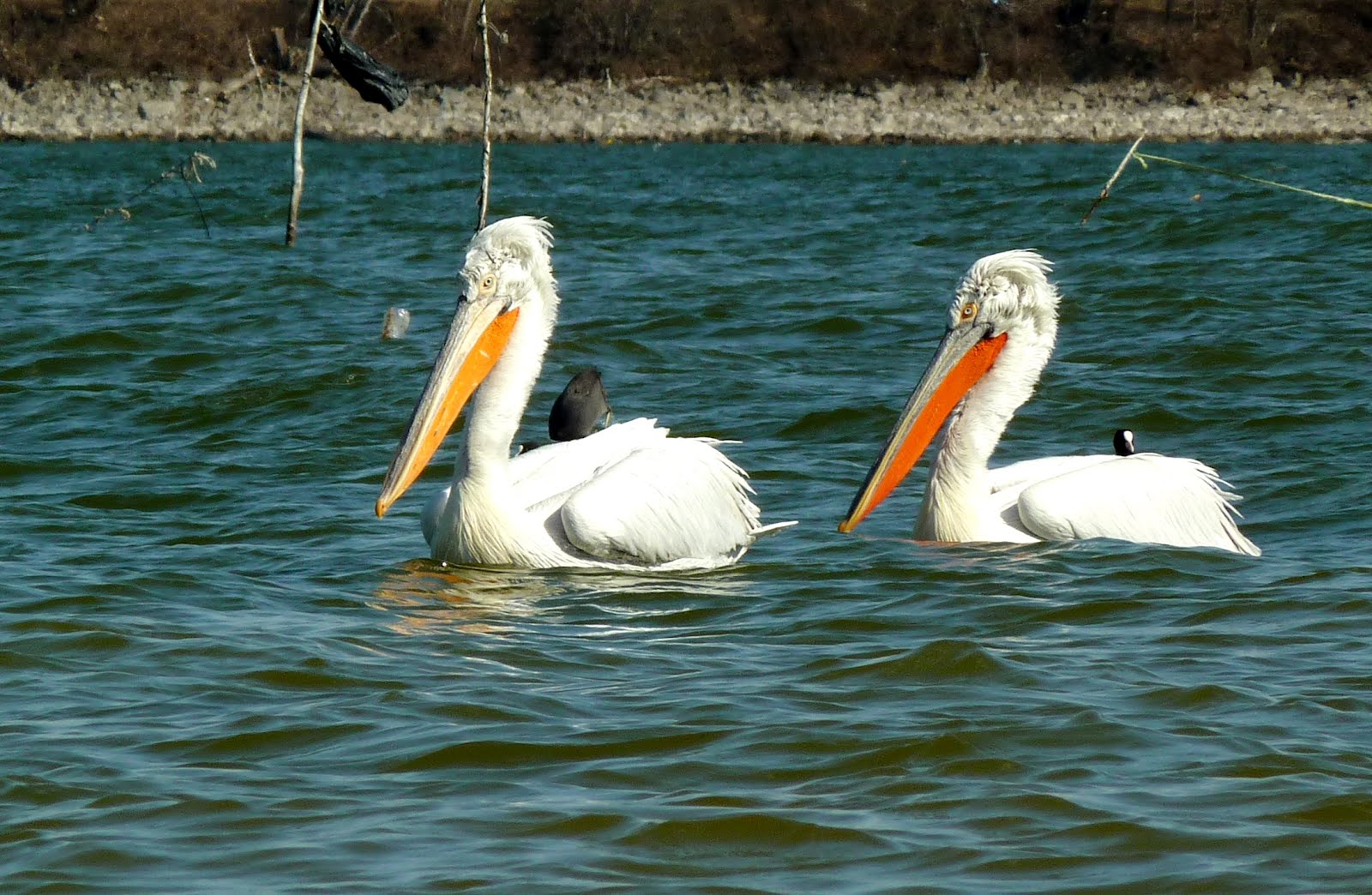 After a few hours at the spot I decided I should carry on to have a look at some other areas. I knew there is a spot where Dalmatian Pelicans often stay and wanted to have a closer look at them. Took my car and off I went round the lake. There they were. Some 50 Dalmatian Pelicans were struggling with the wind and the current on the lake but were faithfully waiting by the bank for a fish that local fishermen or photographers some time give them. I didn't have any with me so I was only making photos from a distance. 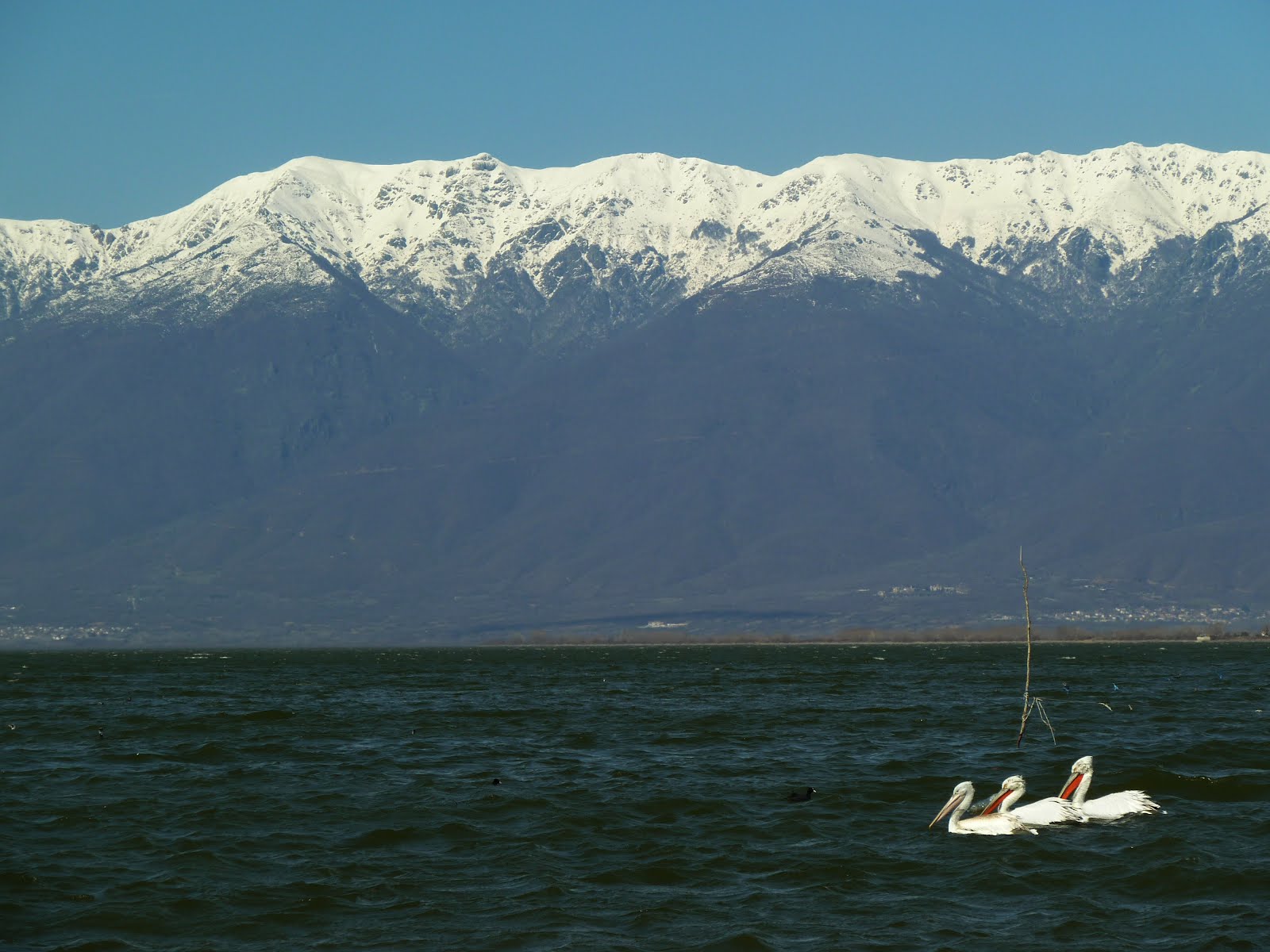 Luckily the birds were tame enough to allow me do some photos even with my small digital camera. The light wasn't too bad so I will leave you enjoy some of the photos. 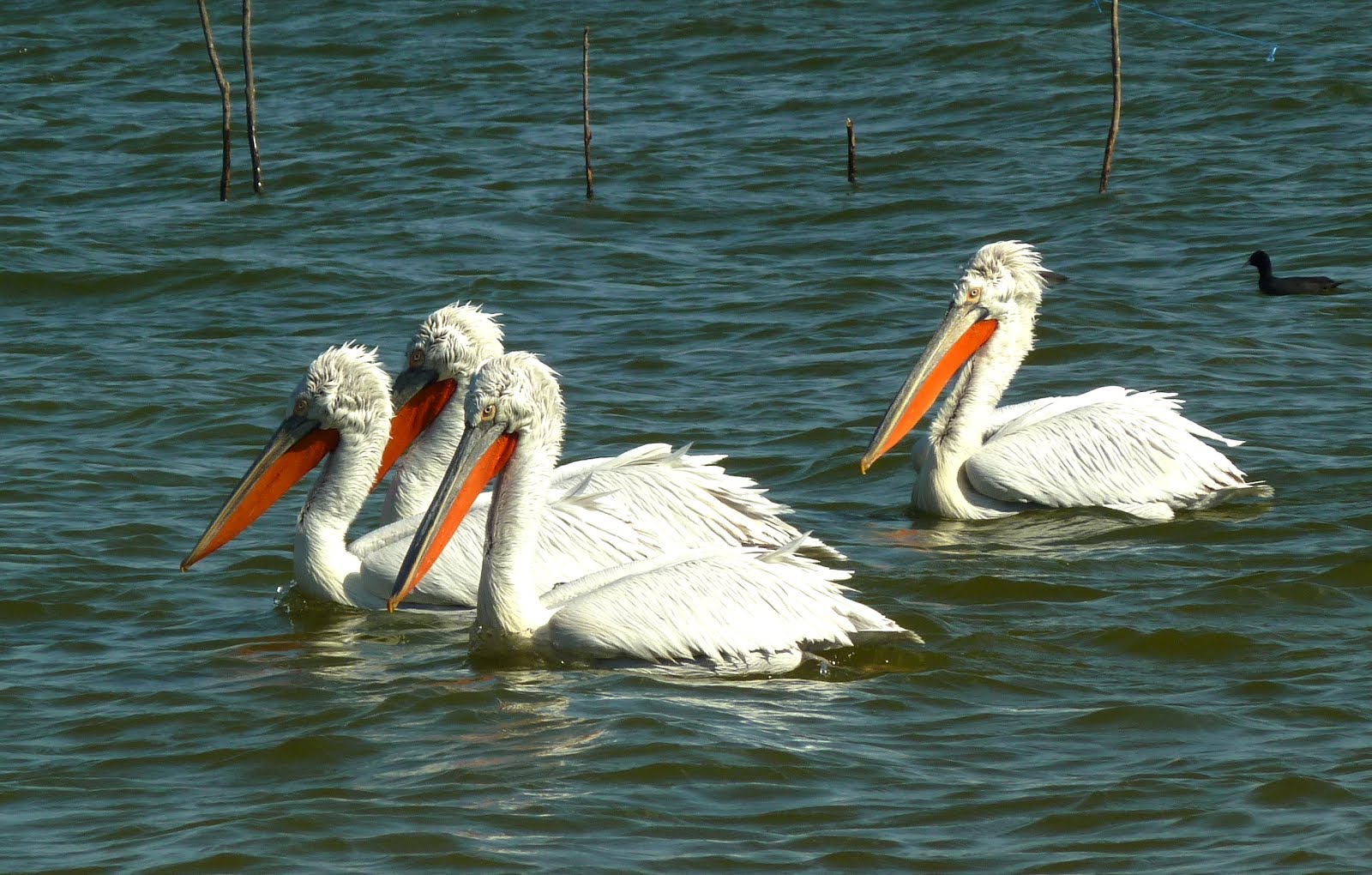 Carried on further along and stopped at some more places. However it was nearly the end of the day and I decided to start heading home. I was a fantastic day indeed. My main purpose wasn't exactly piling up a number of species seen but I still had over 40 species for the day. Some of the ones I saw are here (not in any order):

This trip was a part of a project planned and implemented www.naturetravel.eu
Click to expand...

birdwatching, bird photography, cycling,
You must log in or register to reply here.